Since the last log a lot has changed with the radio hardware setup. I have been working on developing software in a couple of different physical locations which prompted me to make some changes to improve portability. The project has also been renamed from “Wasteland Jukebox” to “Wasteland Radio” to better reflect what functionality the device will have; old logs still refer to the project as “Wasteland Jukebox”.

I attached all the PCBs and power supplies to a thin wooden board so the entire hardware setup could be removed from the radio as a single unit. An SPST relay module has also been added to allow the Pi to control the power state of the TV so the screen can be put to sleep after a short period of inactivity. I used standoffs for the Pi and audio amp and zip-tied the relay module to a cable mount because the mounting holes are very small and located too close to the edge of the PCB for my comfort. 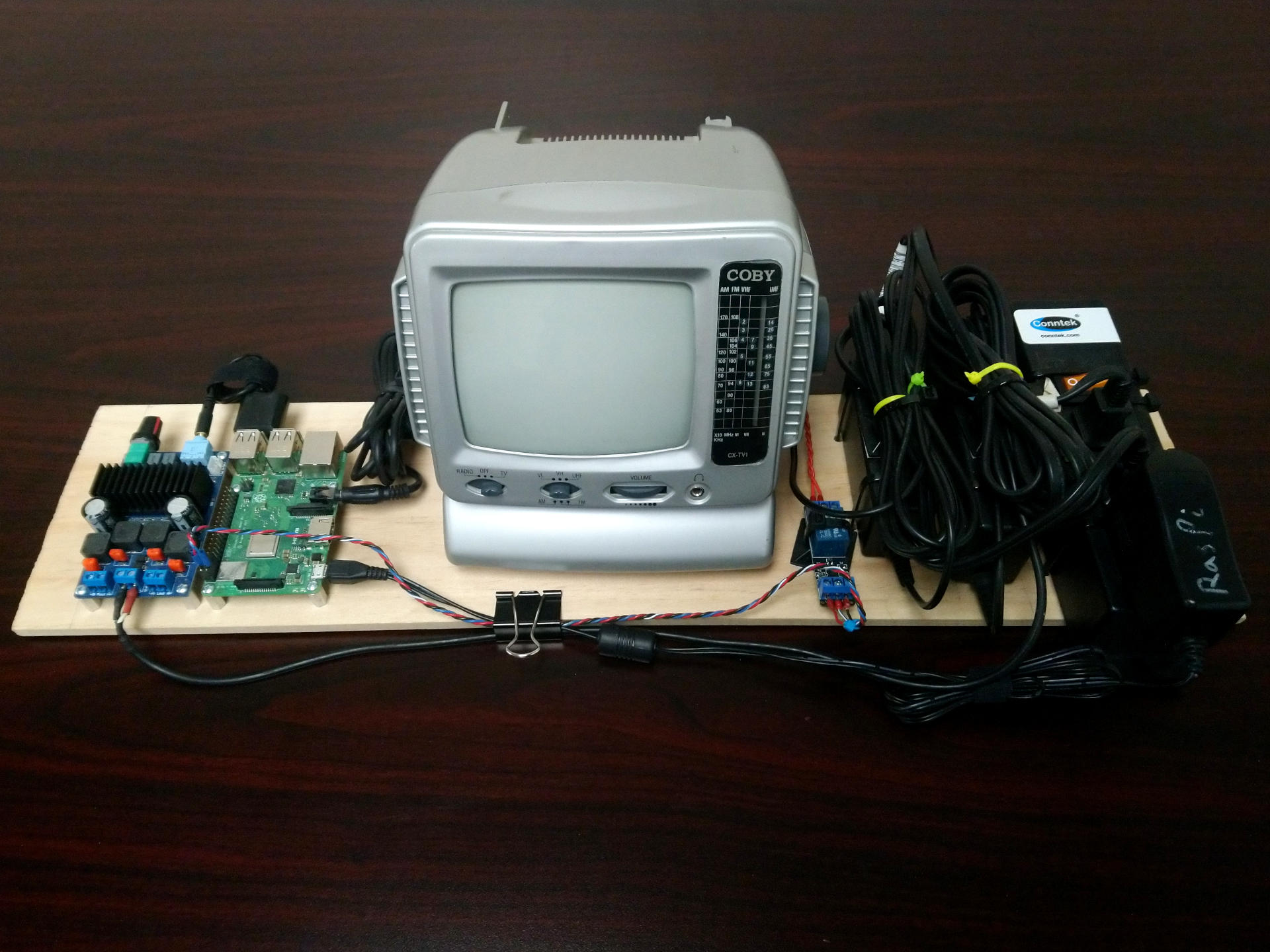 The relay module is attached to board pin 3 (GPIO 2) and interrupts the positive wire of the TV’s power supply cable. The power supply is wired to the relay so it is normally disconnected unless the relay is energized. Upon startup the Pi drives the relay pin low to power on the screen when it processes a gpio directive in usercfg.txt. 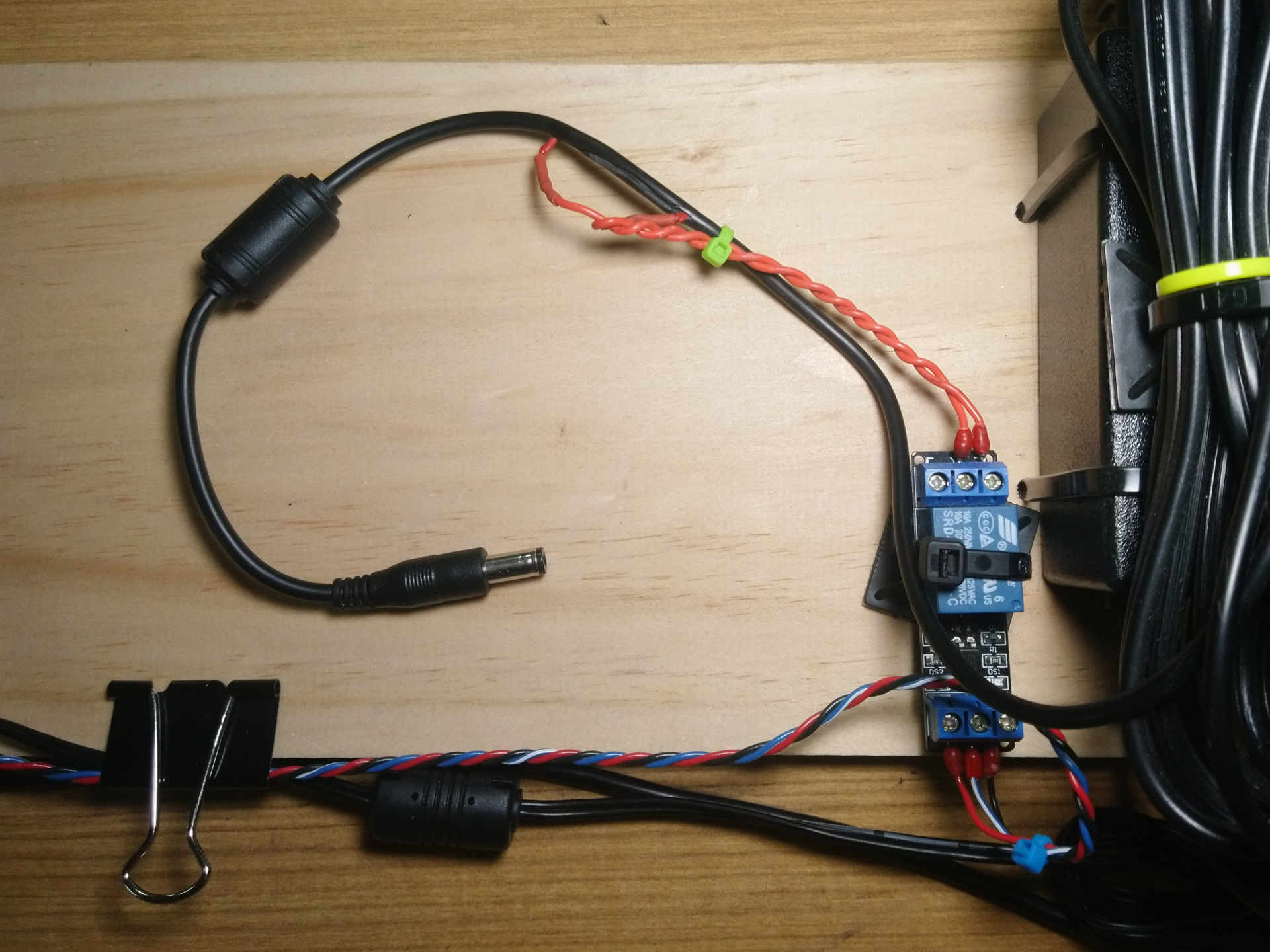 While I was working on the software side of things I started to have issues with the TV I am using. The image on screen would sometimes “compress” horizontally and overlap itself causing the console text to be unreadable. 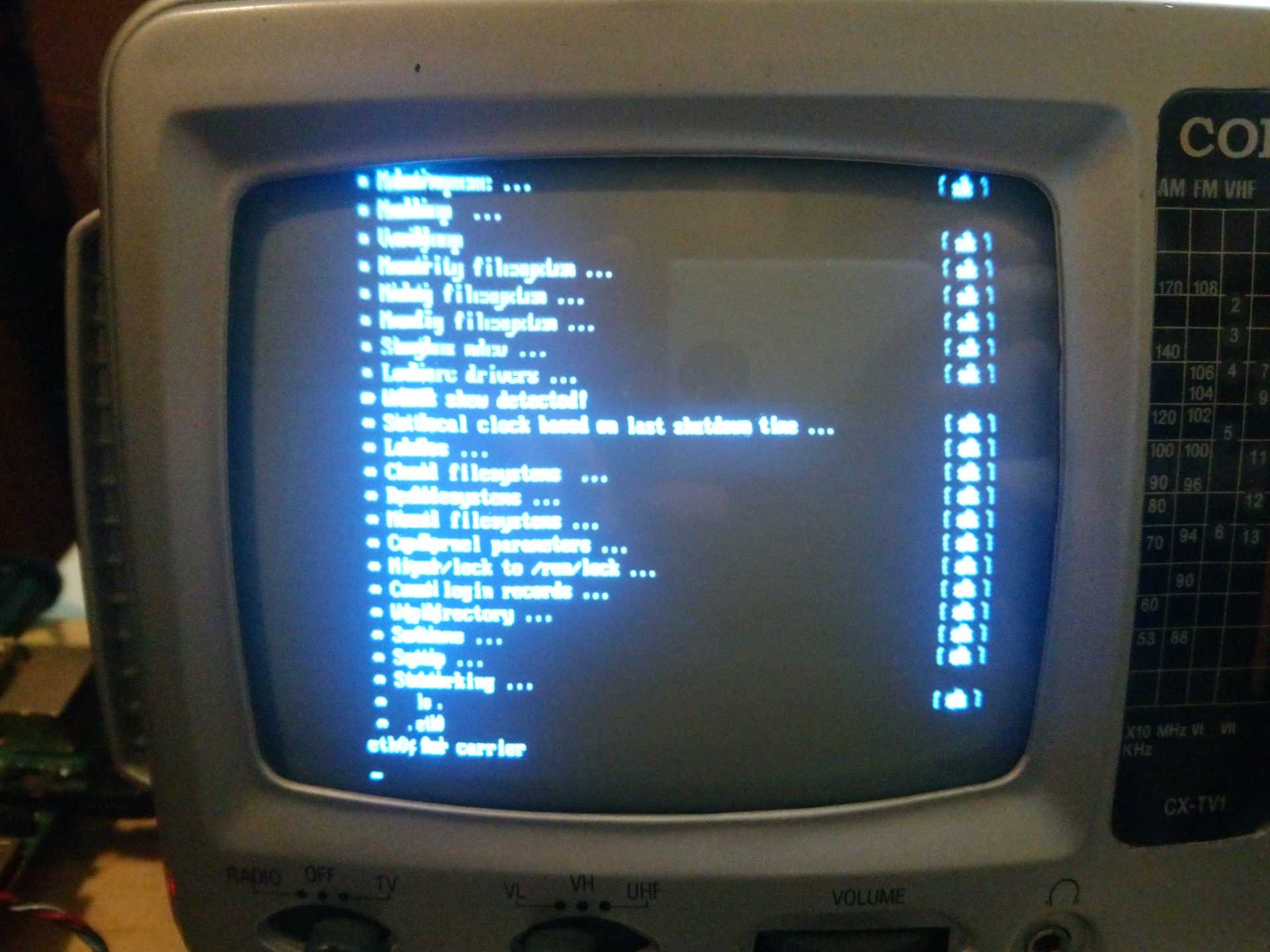 I accidentally discovered that the issue was related to a physical connection when I bumped the monitor and it suddenly corrected itself – for a few seconds. I had a hunch that the issue was with the point-to-point wiring that connected the tube to the main TV PCB so I replaced all the connecting wires with new ones. When that didn’t work I powered up the TV and started gently touching each component on the main PCB with a pencil eraser until it became obvious that the issue was with a specific capacitor. The capacitor in question was perfectly fine, but the solder joint under it was dead cold from the factory. 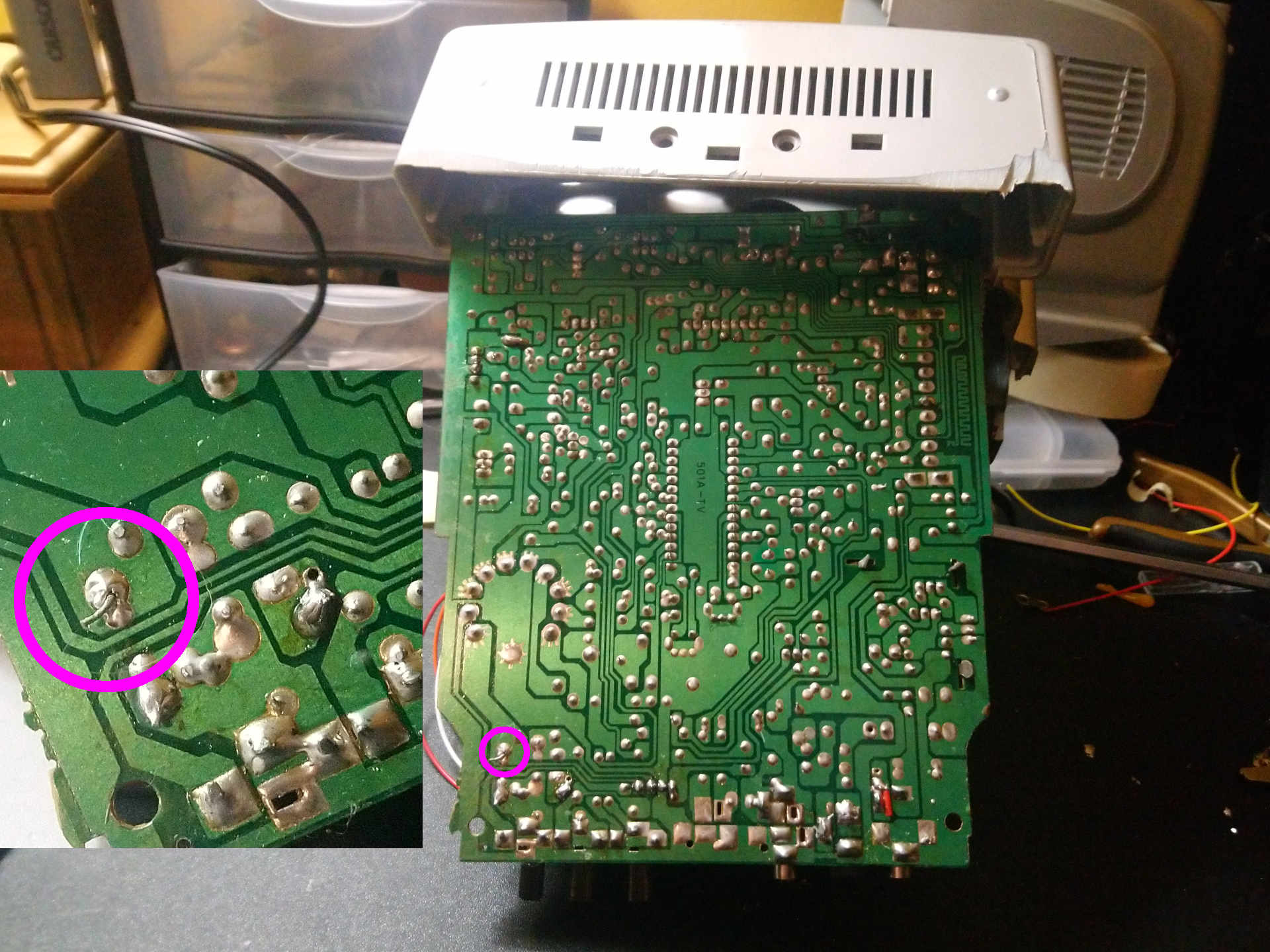 After resoldering the floating pin the TV started to display its picture as expected and no longer reacted to light taps and physical agitations. While I was inside the TV I also removed the internal speaker and built-in antenna. When the TV is plugged into the composite output of the Pi it emits a very harsh tone unless the volume knob is turned all the way down. The simplest way to prevent accidental noise was to simply cut out the speaker.

I have been developing a new software stack for the radio using this hardware setup. Previously I was planning to use ncmpc as a front-end for mpd, but I found it to be too feature packed for the dead-simple style of control I am looking for. I have since started to write my own mpd client that also handles other housekeeping tasks like WiFi connection and screen sleep management. I am nearing completion of the core features I have planned so my next log will be dedicated to covering the improved software and operating system configuration.