In order to use the Carry-I’s monitor with a Raspberry Pi I needed to learn a little more about the beast. The most direct route would be to run a diagnostic program to discover the graphics hardware, but that isn’t an option. I can’t power on the computer because I lost the power supply brick at some point in the last couple years (oops). 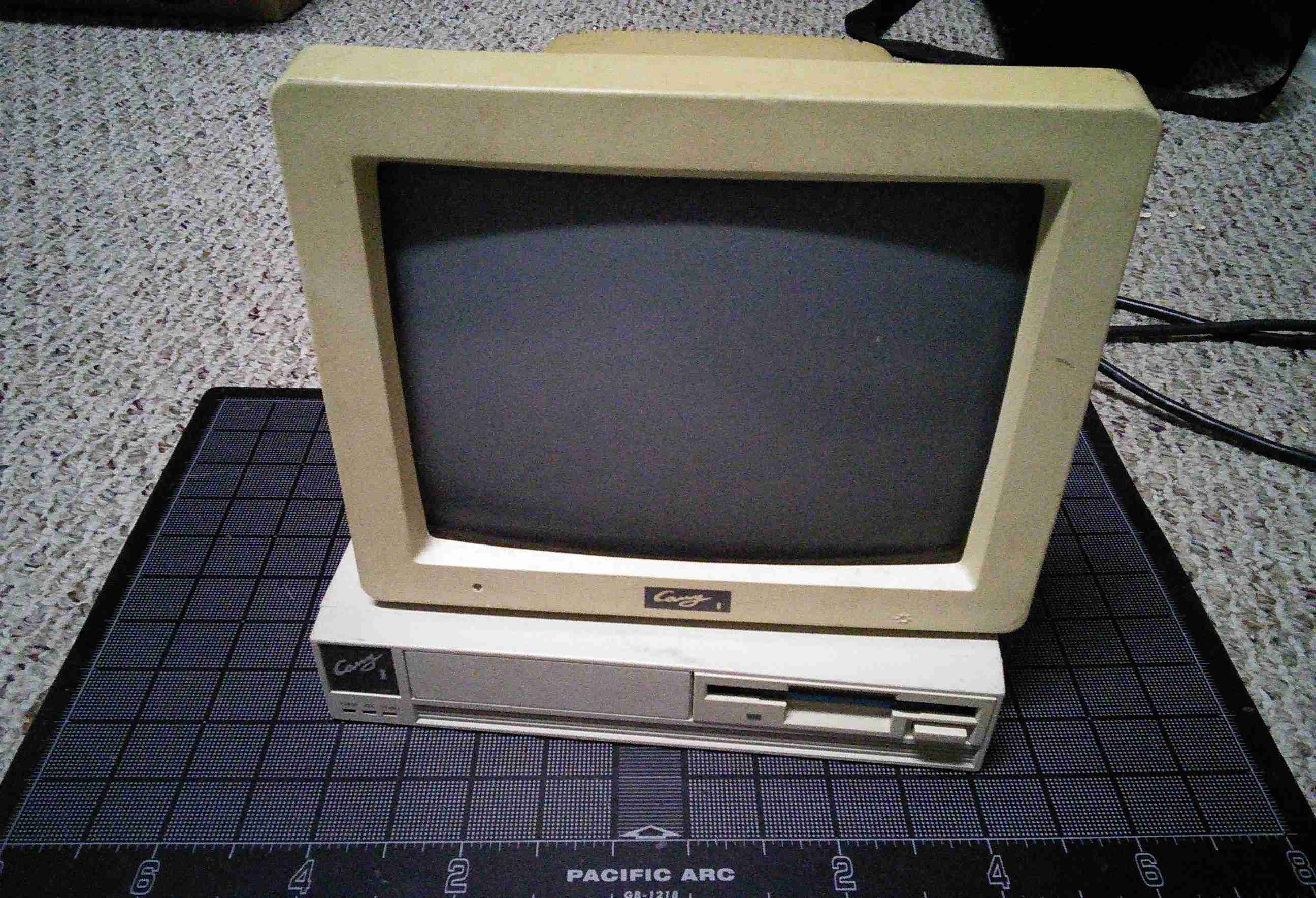 The computer is very small, only occupying a footprint the length and width of the monitor. It seems like the model would have made a good candidate for a POS or cataloging computer. 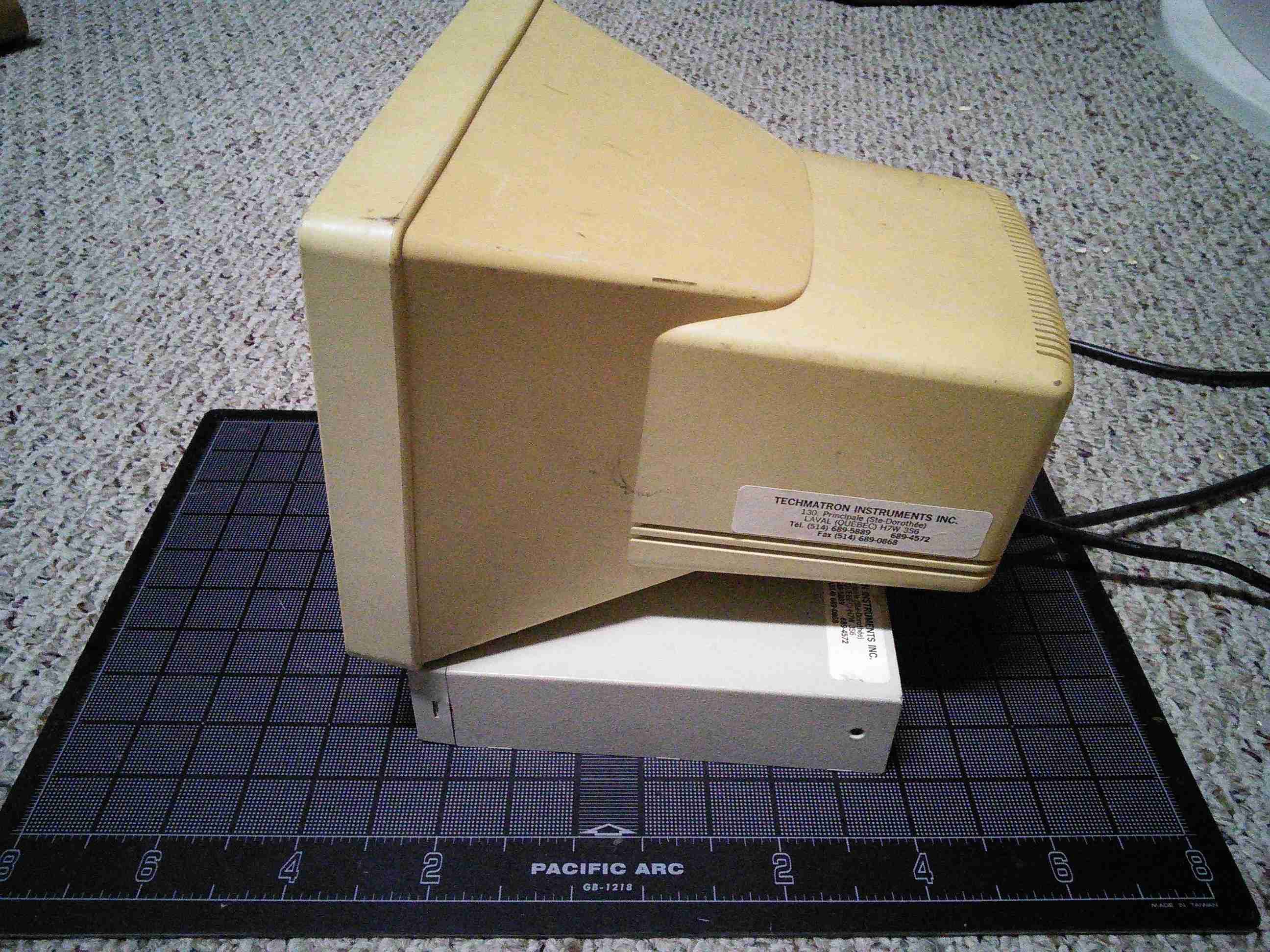 The 9 pin video connector is on the right side near the power connector. The label “display” isn’t very descriptive; time to go inside.

Two screws hold the outer casing to an inner frame. The outer casing slides off the rear of the computer after the screws are removed. Inside there are two 3.5” bays. The left bay holds a 40-pin ATA device; the right holds a 34-pin floppy device.

Four screws fix the inner chassis to the motherboard. The inner frame slides off of the front of the board after the screws are removed. 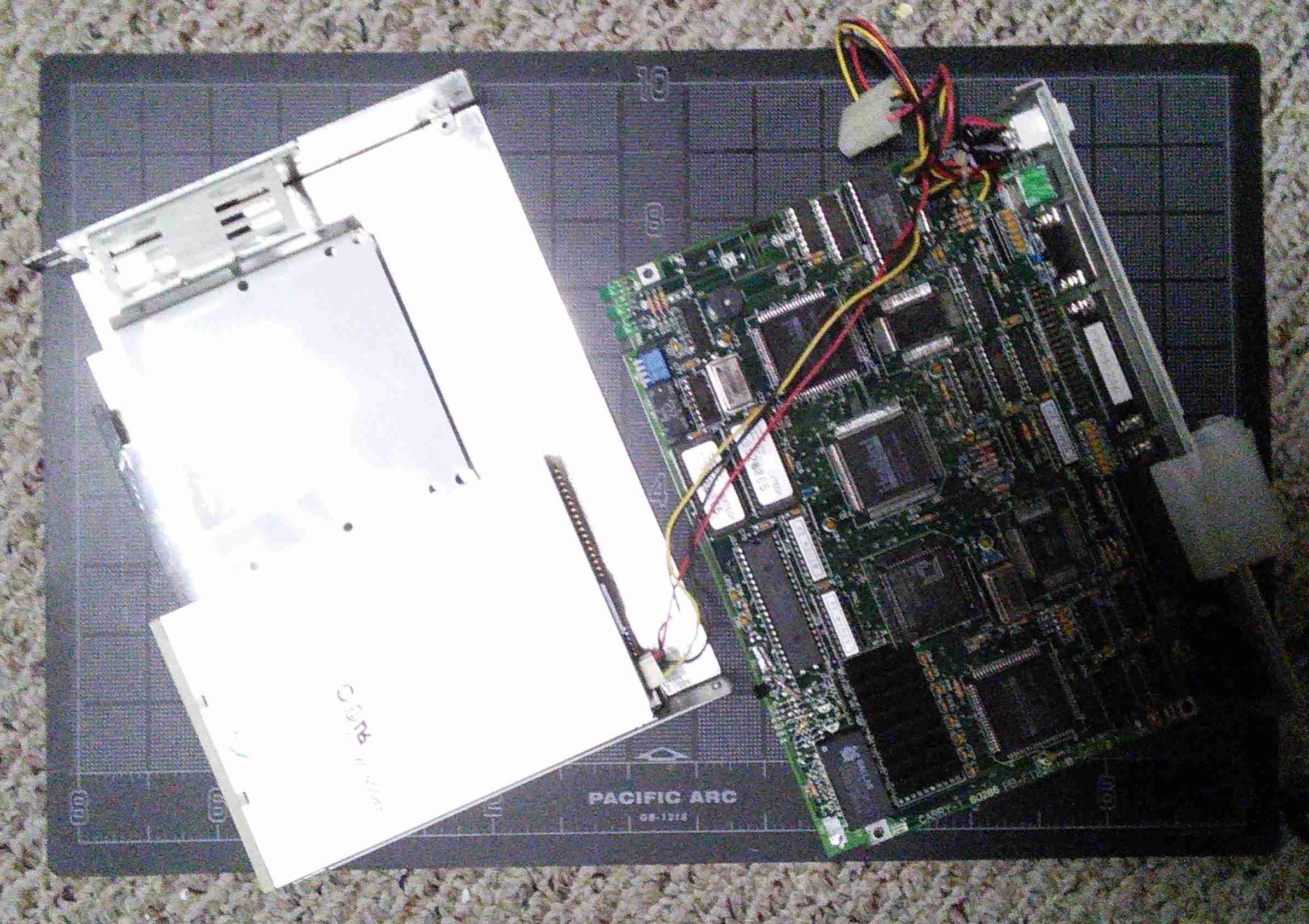 I looked at the area of the board near the video port for ICs that appeared to be connected to the port. After coming up empty on a few searches I found a chip that looked promising. The identifier TM6310 hit on an archive of a 4chan technology … err, discussion. The part seems to be a combination MDA / Hercules video driver and parallel port driver. 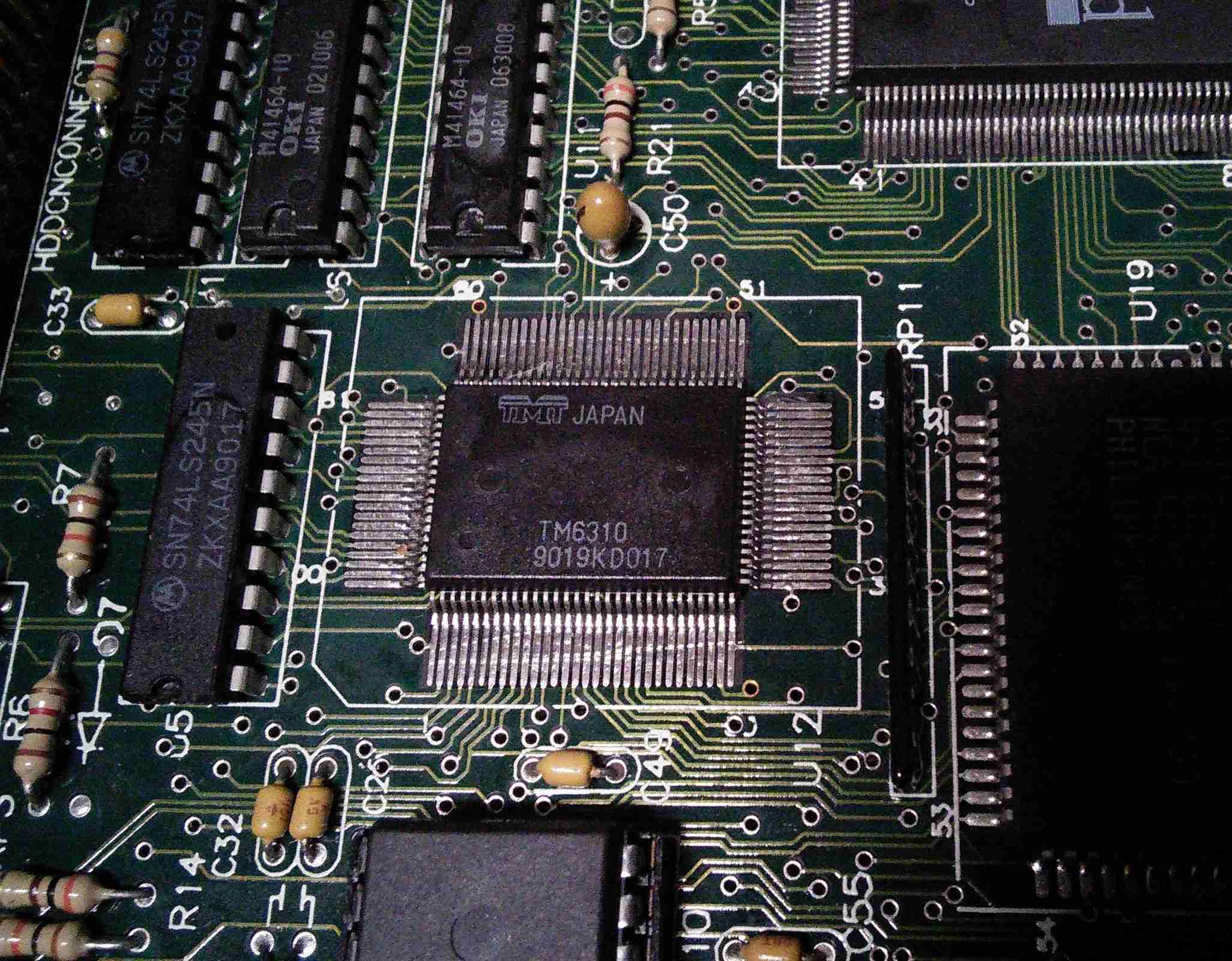 One mystery solved, but more questions emerge. It looks like I’ll be looking for a way to drive a monochrome display from the Raspberry Pi.