While visiting my mom a few weeks ago I decided to pull some of my old things out of her basement to sell online. Among many goodies was an old remote controlled car that I got when I was a kid. I don’t remember how I obtained it, but I do remember that it was missing the transmitter and was a planned future project for myself. Now that I’m older and have a personal workspace I can finally get to work making a fun toy to play with as an adult. 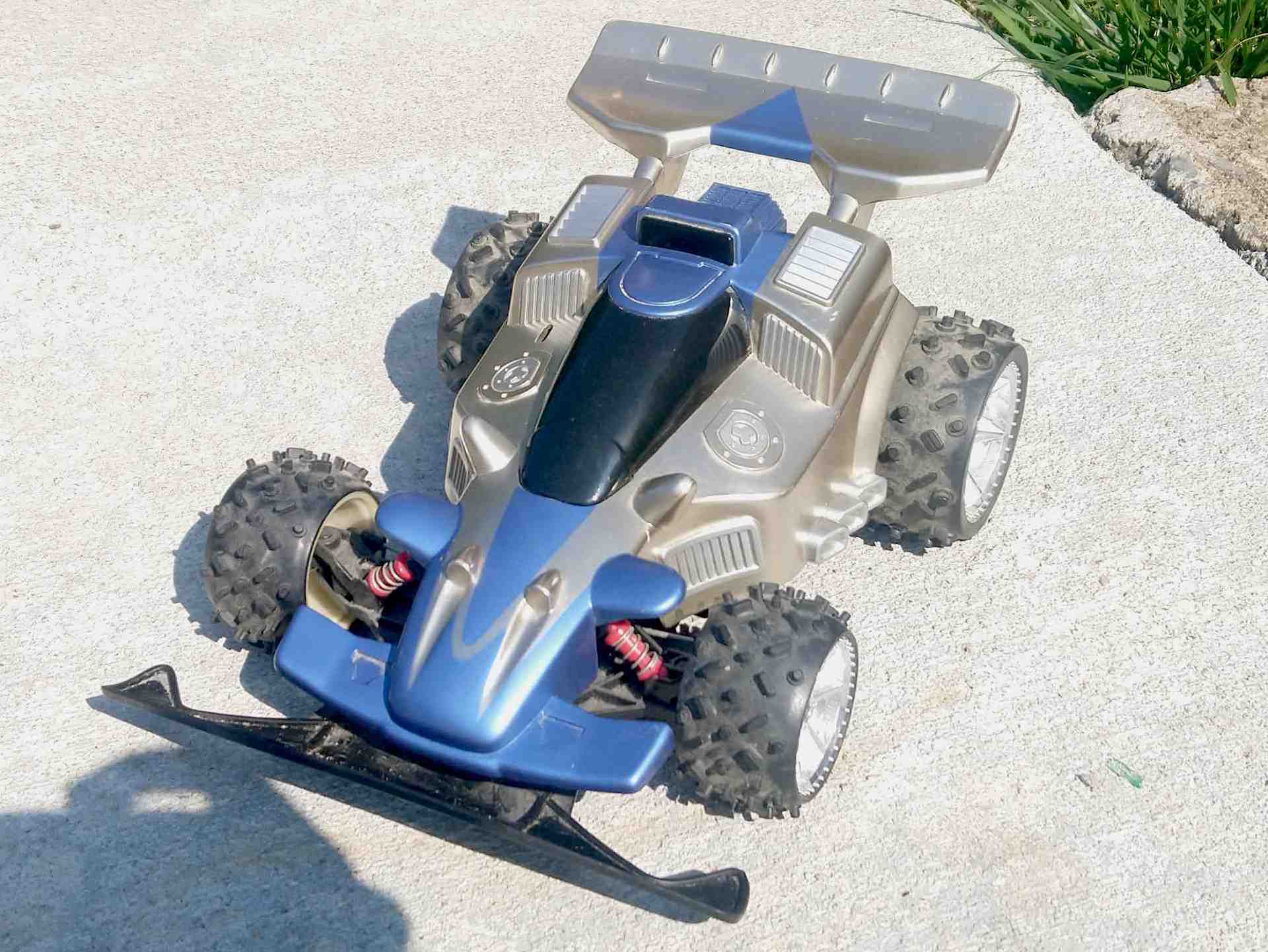 The first thing I did was take the car apart and strip the old electronics out. I did so before deciding to post this project on my site, so I don’t have any pictures of the original receiver board or servo installed. The chassis is fully plastic but has a suspension that works pretty well. The FCC ID on the bottom is L9G-47820R which was granted to Artin Industrial Co Ltd in 1998. 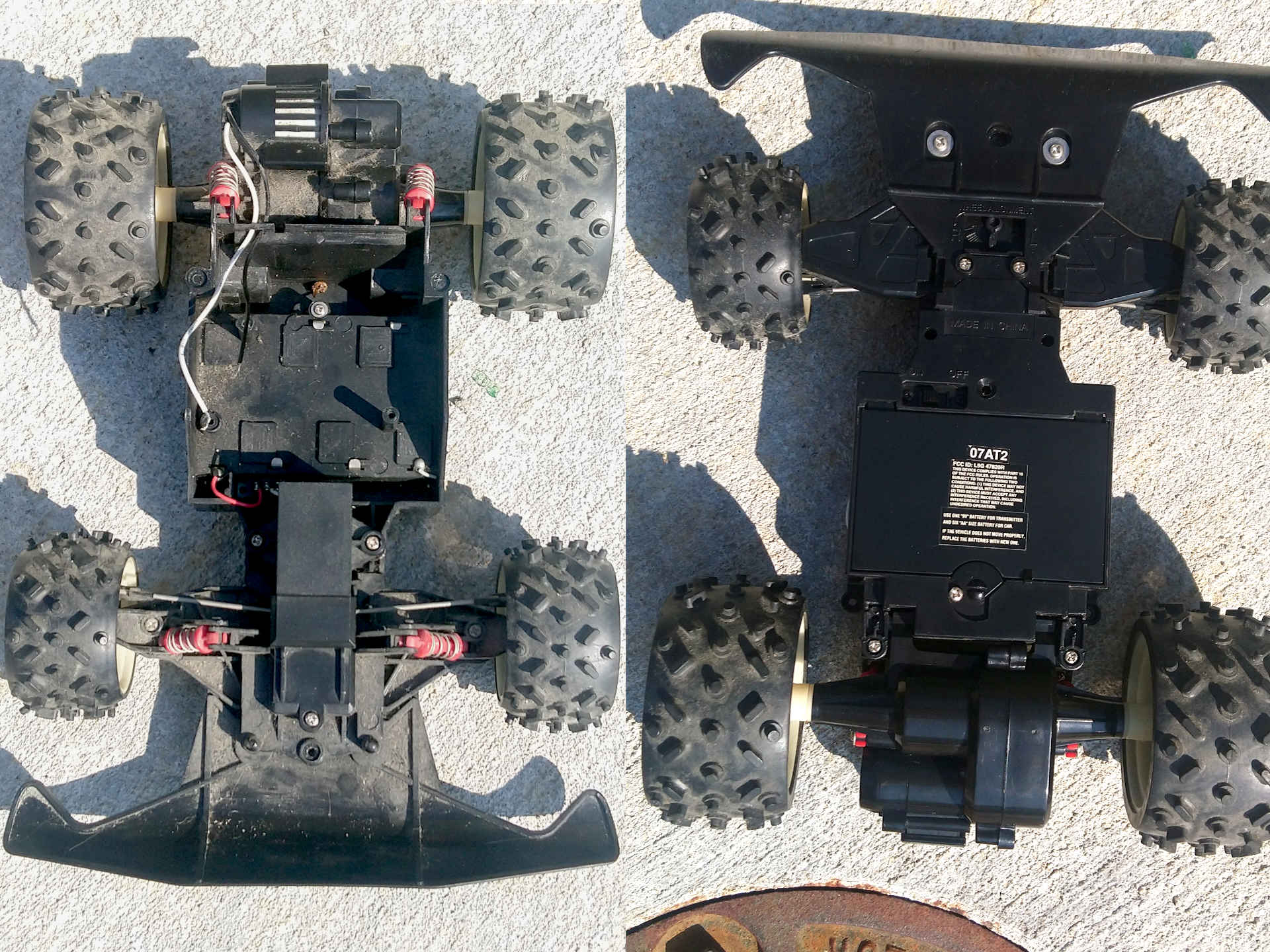 I recently started to explore the world of RC planes with a friend and decided to work with the FlySky FS-i6X transmitter and Zippy Compact 1300 battery I already had. I purchased a 6-channel FlySky FS-IA6B receiver, a Hobbywing QuicRun WP1060 Brushed ESC, and a pack of MG996R 55g servo clones to add to the car. I realize these parts are completely overkill but I wanted to have them handy for the next build I work on. The only original electronic component I reused was the brushed motor. 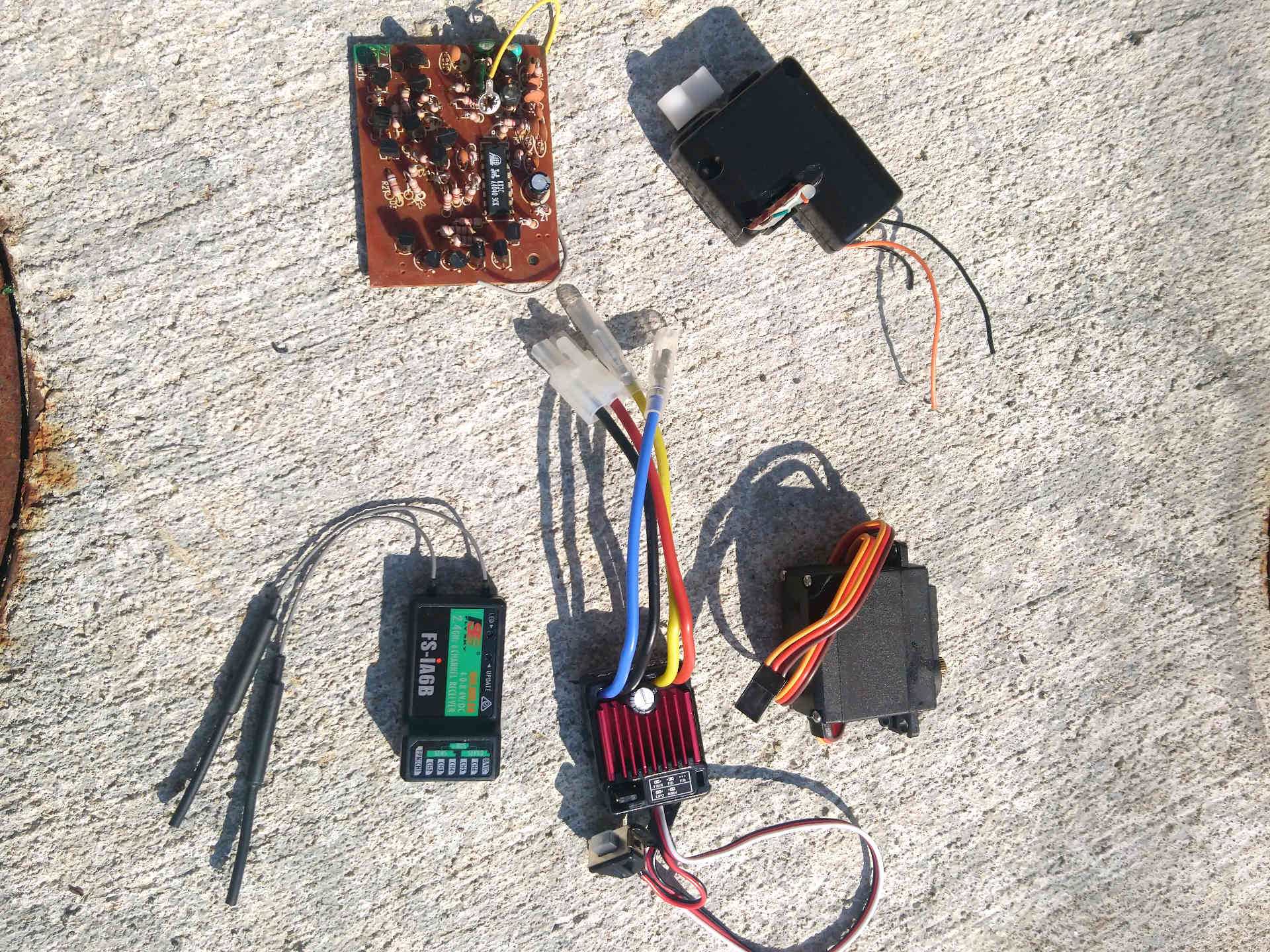 The original steering servo is almost the same size of a standard servo. The new servo was just slightly too long and slightly slimmer than the original. 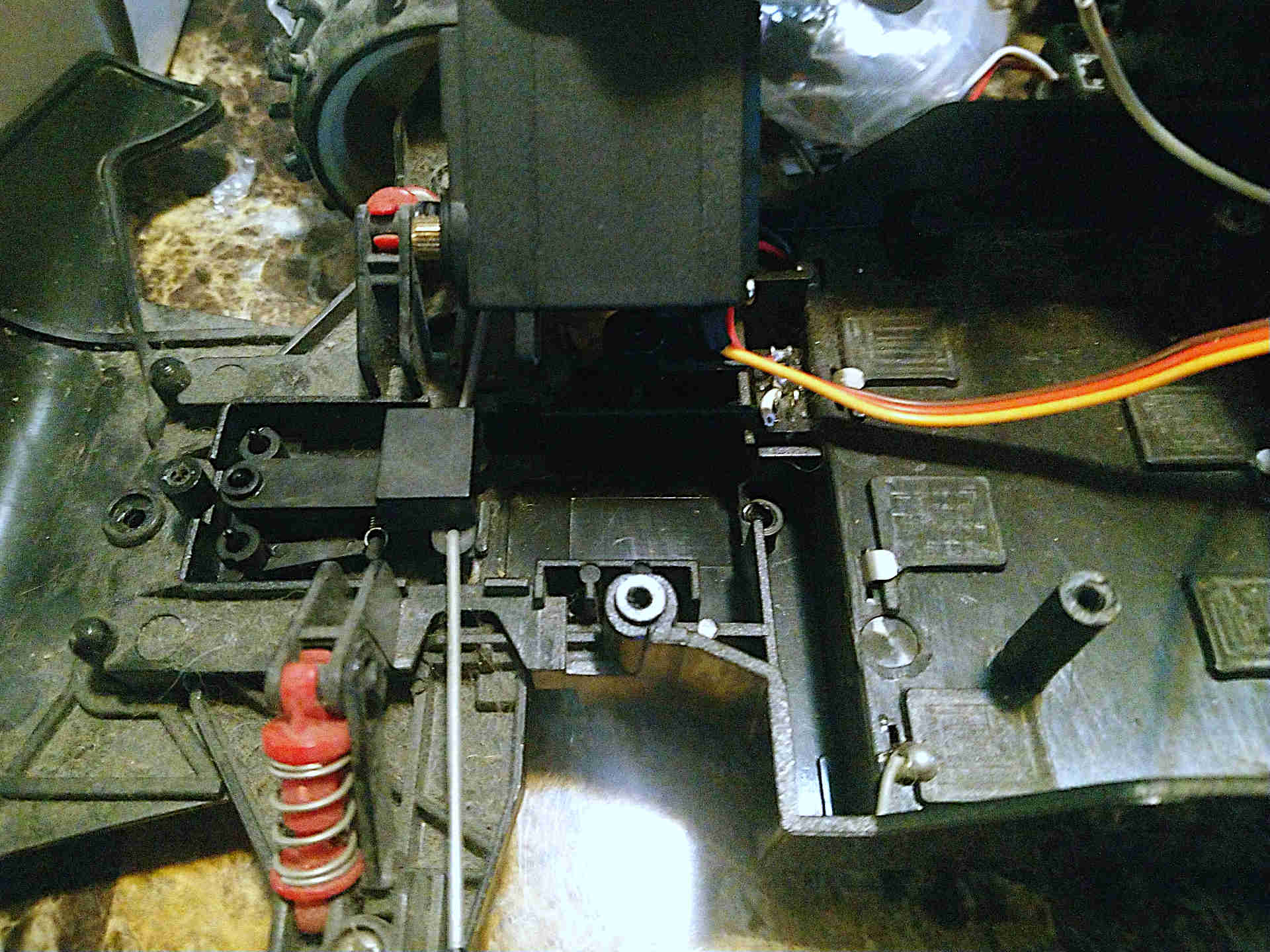 I had to remove pieces of the chassis as well as hack off the servo’s mounting tabs and reroute the cable through the bottom cover in order to make it fit. 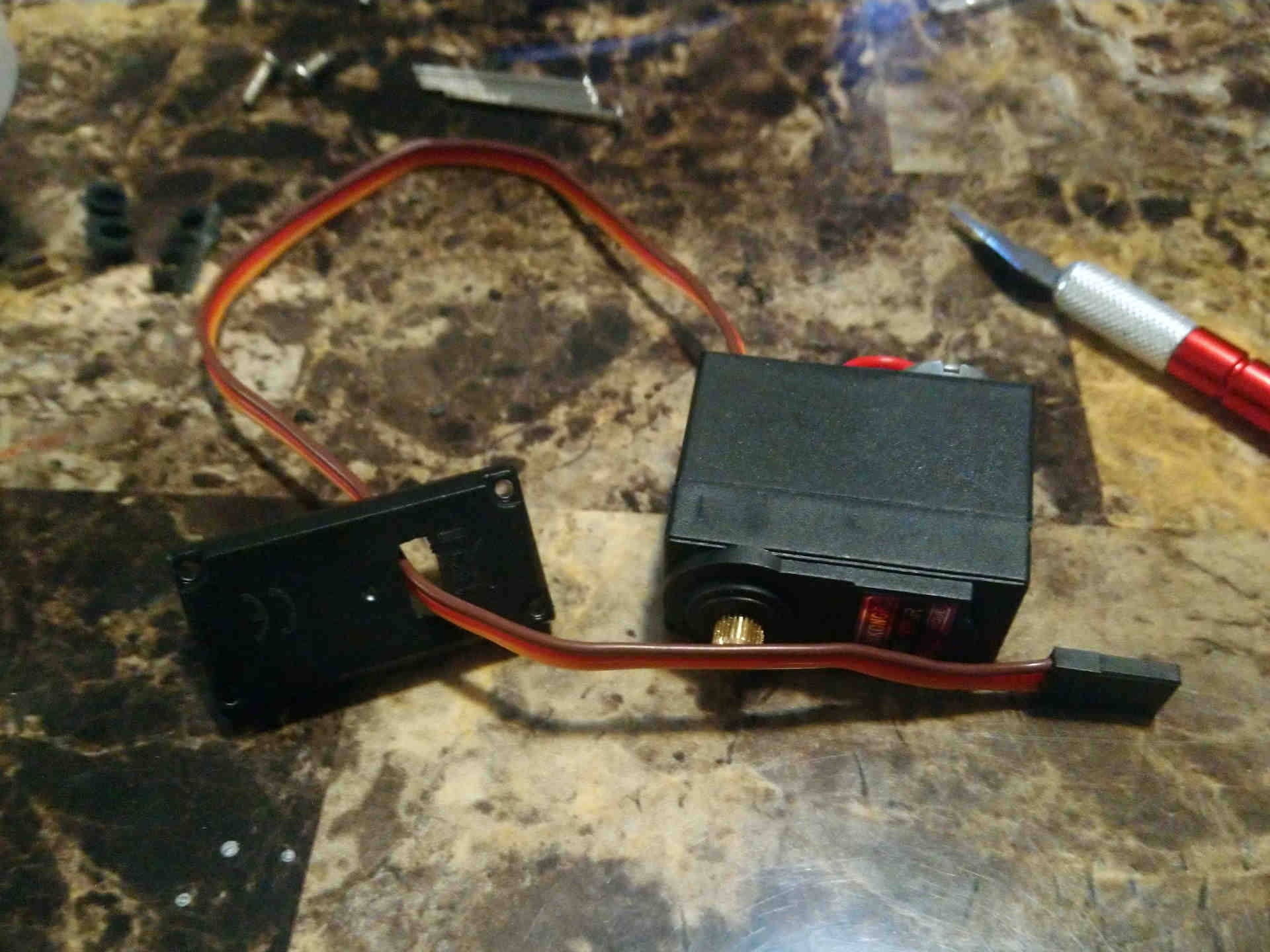 I remounted the original horn on the new servo to allow it to be a drop-in replacement. The new servo’s spline was a little bigger than the original so I had to melt it a bit to make it fit. 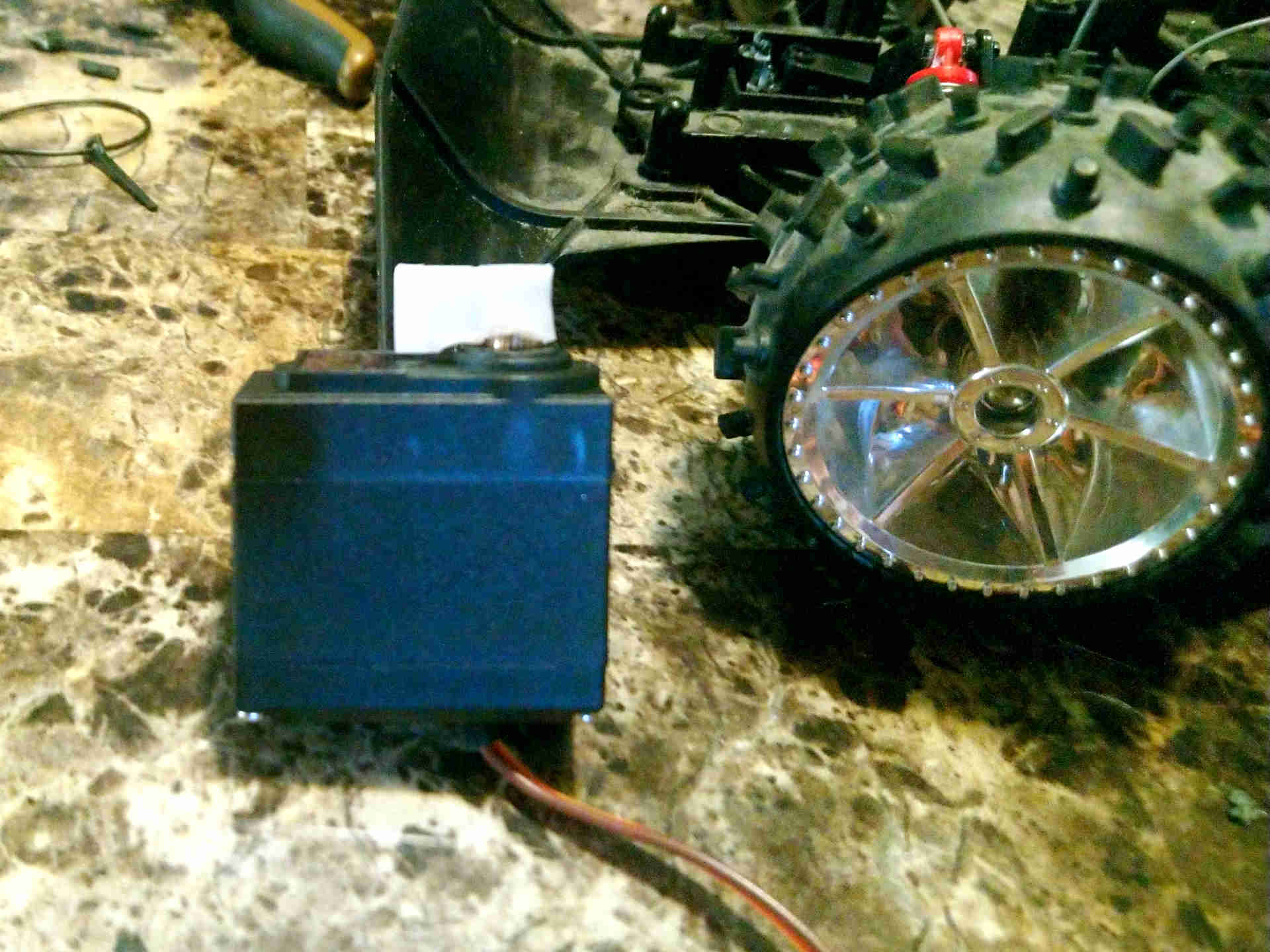 After a few modifications the new servo fit into the hole left by the old one. The new servo was narrower and had to be padded with popsicle sticks to fit snugly. I plan to come up with a better solution later – I just had popsicles on hand to work with. 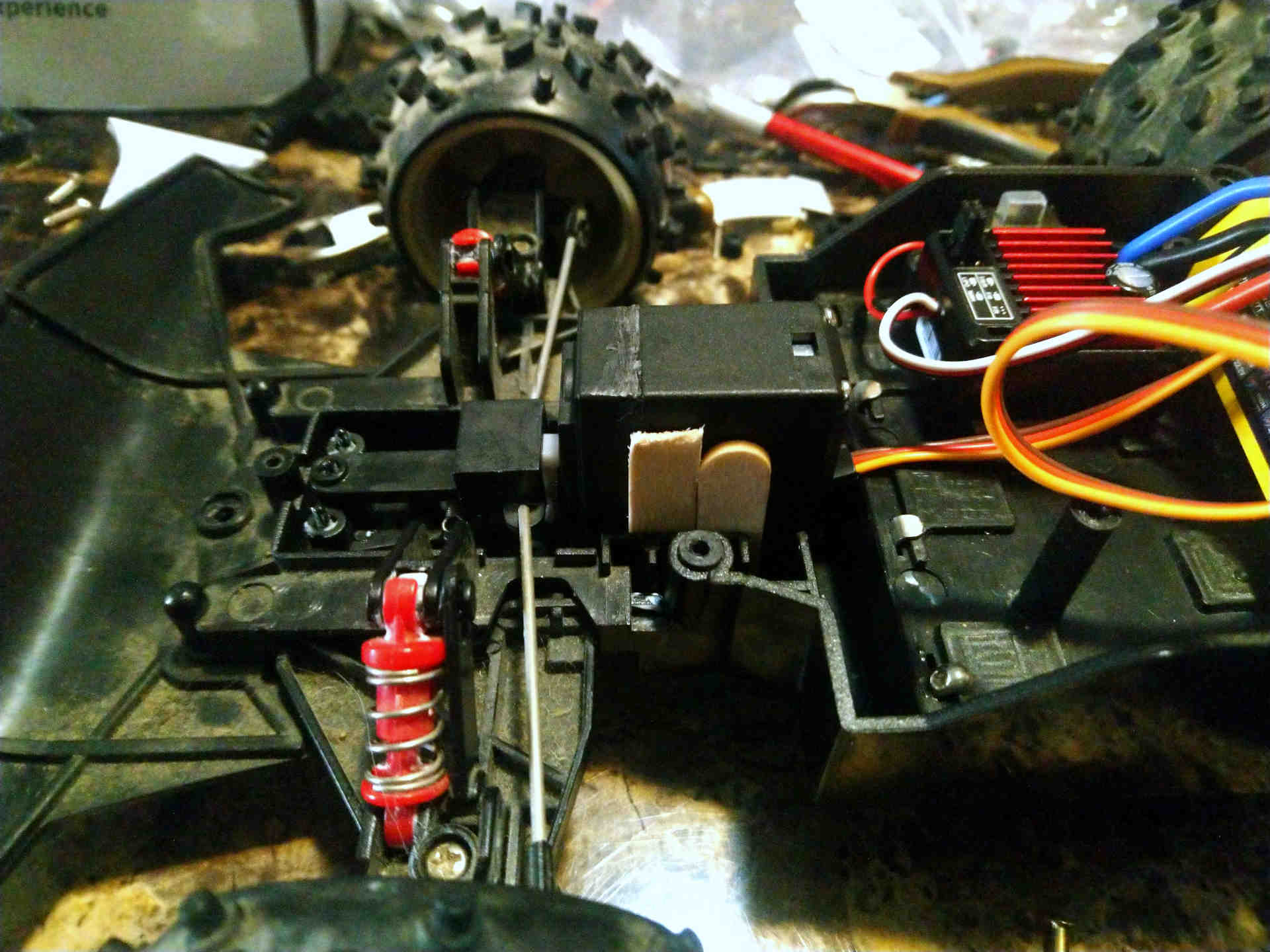 Along with the servo replacement I soldered new wires to the brushed motor and attached bullet connectors to make wiring the ESC easier. The ESC and receiver were then mounted to the chassis and top shell using double-sided foam tape and rubber bands were used to secure the shell to the chassis. I also lubed up all the plastic bits with white lithium grease which loosened up the suspension considerably. 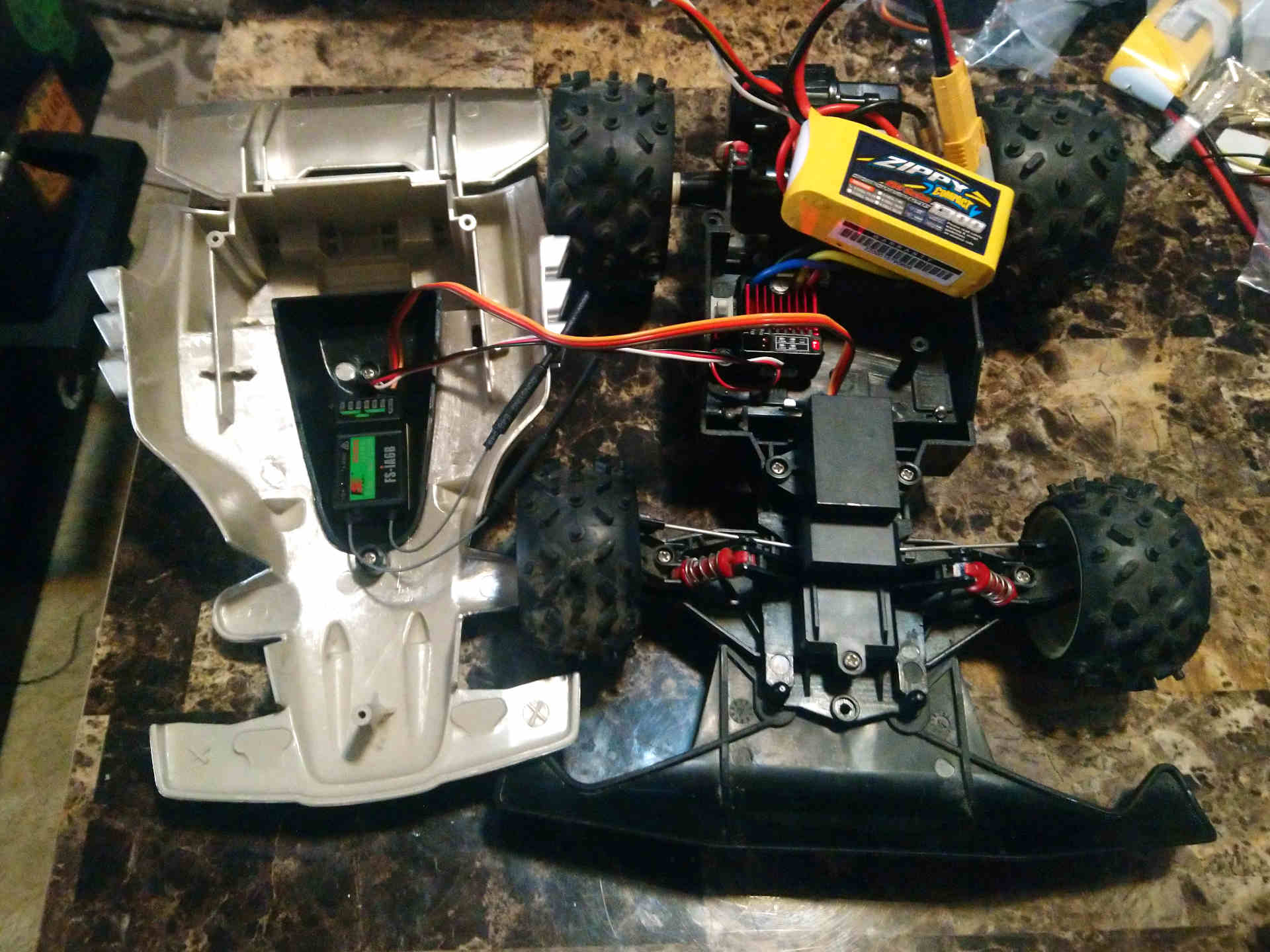 I powered everything up and took it outside for a test. After reversing the steering channel everything was good to go. I drove it around the street in front of my apartment for a while and realized the steering was almost unresponsive for most of the stick throw. After inspecting it a bit more I figured out this was due to the way the servo is connected to the rods that are attached to the wheels. Instead of directly controlling the rods, the servo horn moves inside a shell that is attached to the rods. This indirect control leaves a huge dead spot where the servo horn does not even touch the shell. In the next log I plan to tackle this problem and clean up the mounting of the servo a bit.