In the previous log I mentioned the large control dead-zone when steering the car. I managed to fix this issue very easily using parts included with the new servos and a bit of “trash” I had on hand. The old steering linkage rods, servo horn, and plastic servo horn “cap” were removed and replaced with a new horn directly attached to the wheels with a bit of wire taken from a Chinese food takeout container. The new horn is one of the disc-type horns trimmed down to be a quarter-disc so that it fit in the space left by the old one. 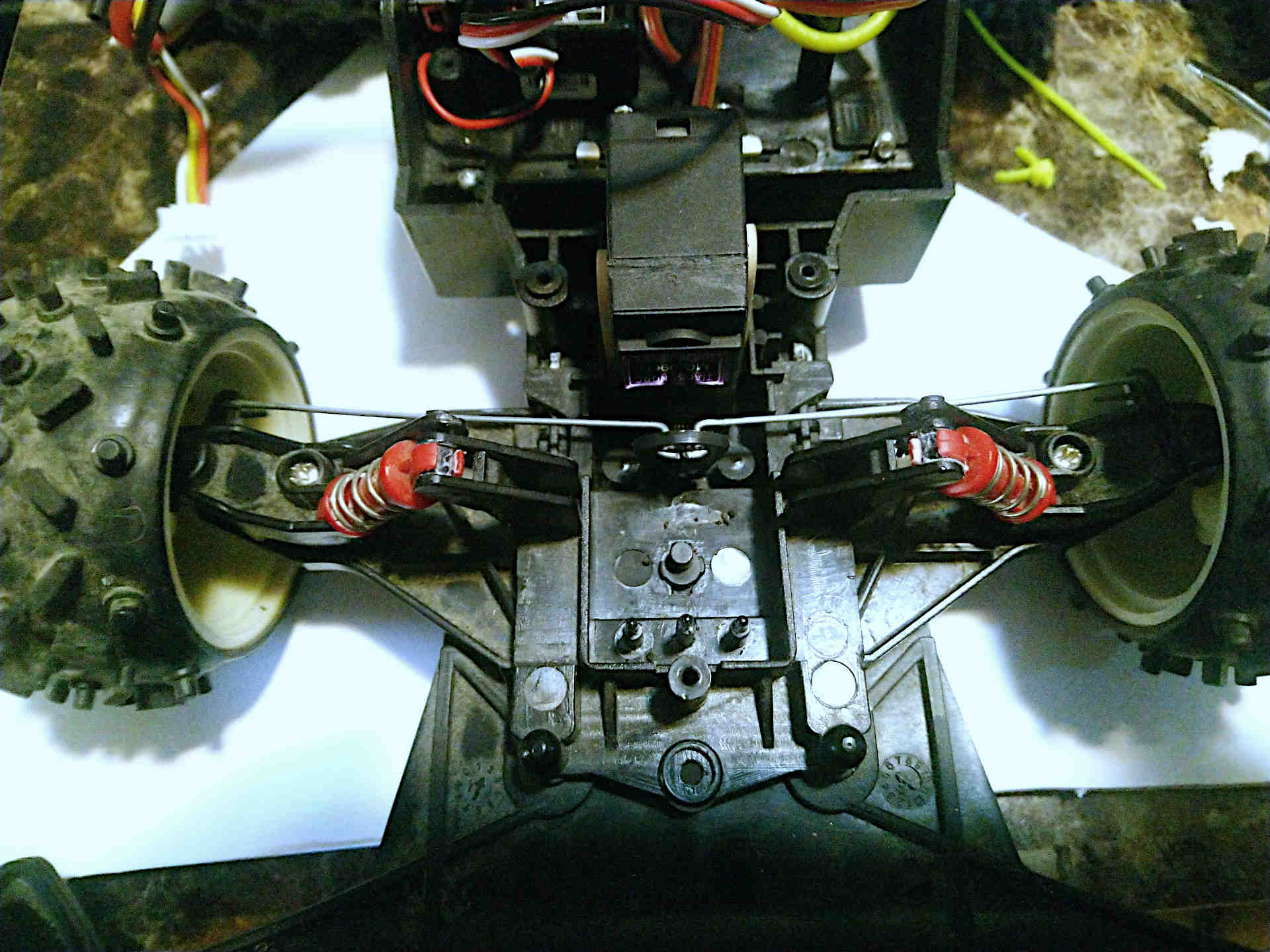 This worked perfectly to eliminate the dead zone in the middle of the steering stick on my transmitter but introduced a new issue by allowing too much control. Driving the servo the full range possible caused the steering to bind and pull on the front suspension.

To fix this I limited the range of the steering axis on my transmitter to about +80% and -80% of what it was. The new range prevents binding of the suspension but still allows the wheels to turn to the same extremes as the servo’s full range.

During the modification I got quite annoyed with the top shell being attached to the chassis with the short wires running from the receiver to the other hardware. To remedy this I migrated all hardware to the chassis and used a bit more of the takeout wire to create a retainer for the wiring. I attached the retainer to one of the old PCB mounting posts with a screw pulled from the old PCB. 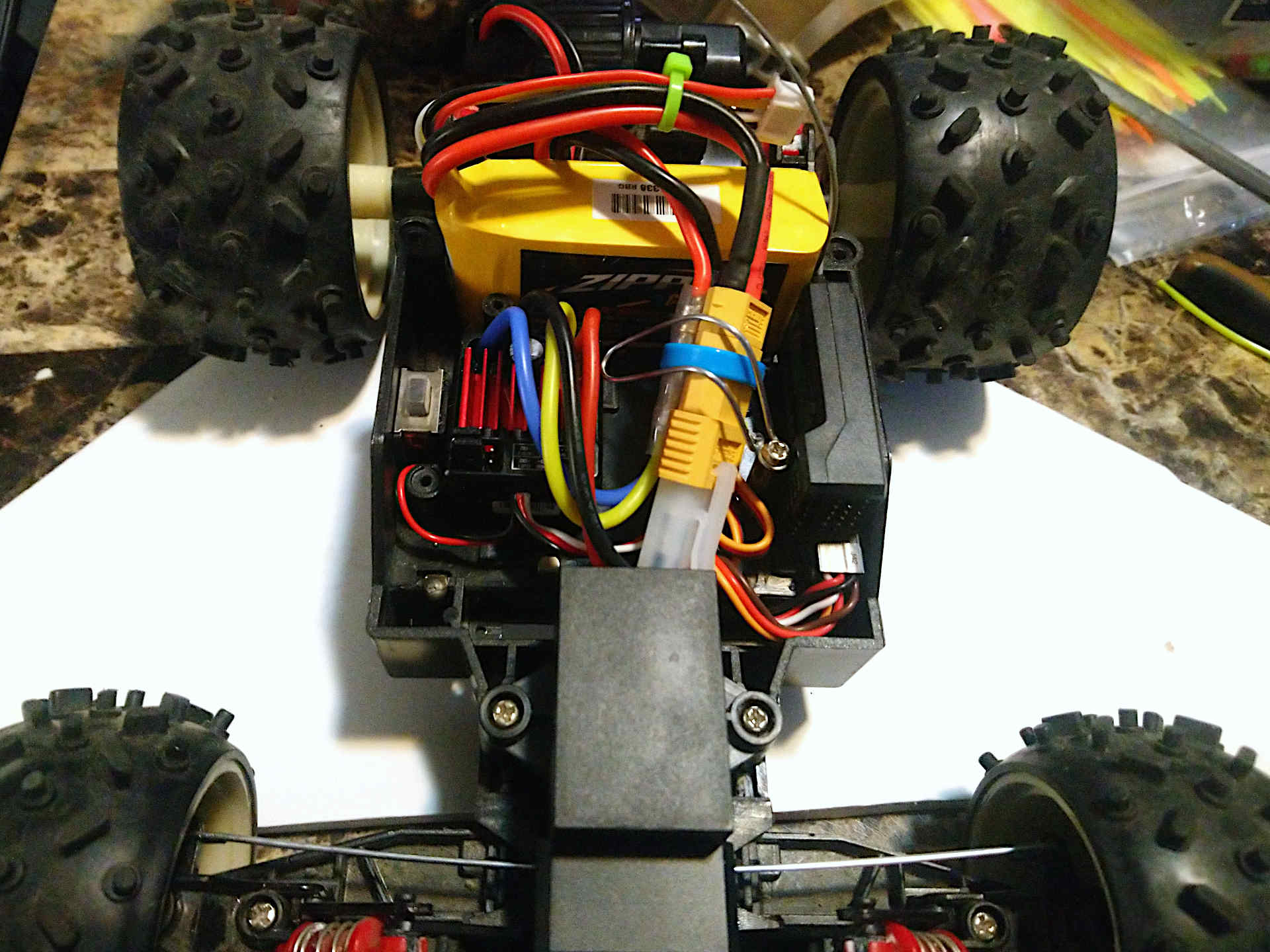 The new steering system is tons more sensitive than the old was. I am now able to finely control the car at low speeds as well as drive in tighter circles. This thing is starting to feel like a nice little toy. Now I just need to add some accessories to make driving more fun.