I often assume the worst when I shouldn’t. My last log stated that I would likely have to build a line to mic adapter to use the Panasonic tape recorder with an external input. I am happy to say I was wrong; the Panasonic tape deck has an auxiliary input. 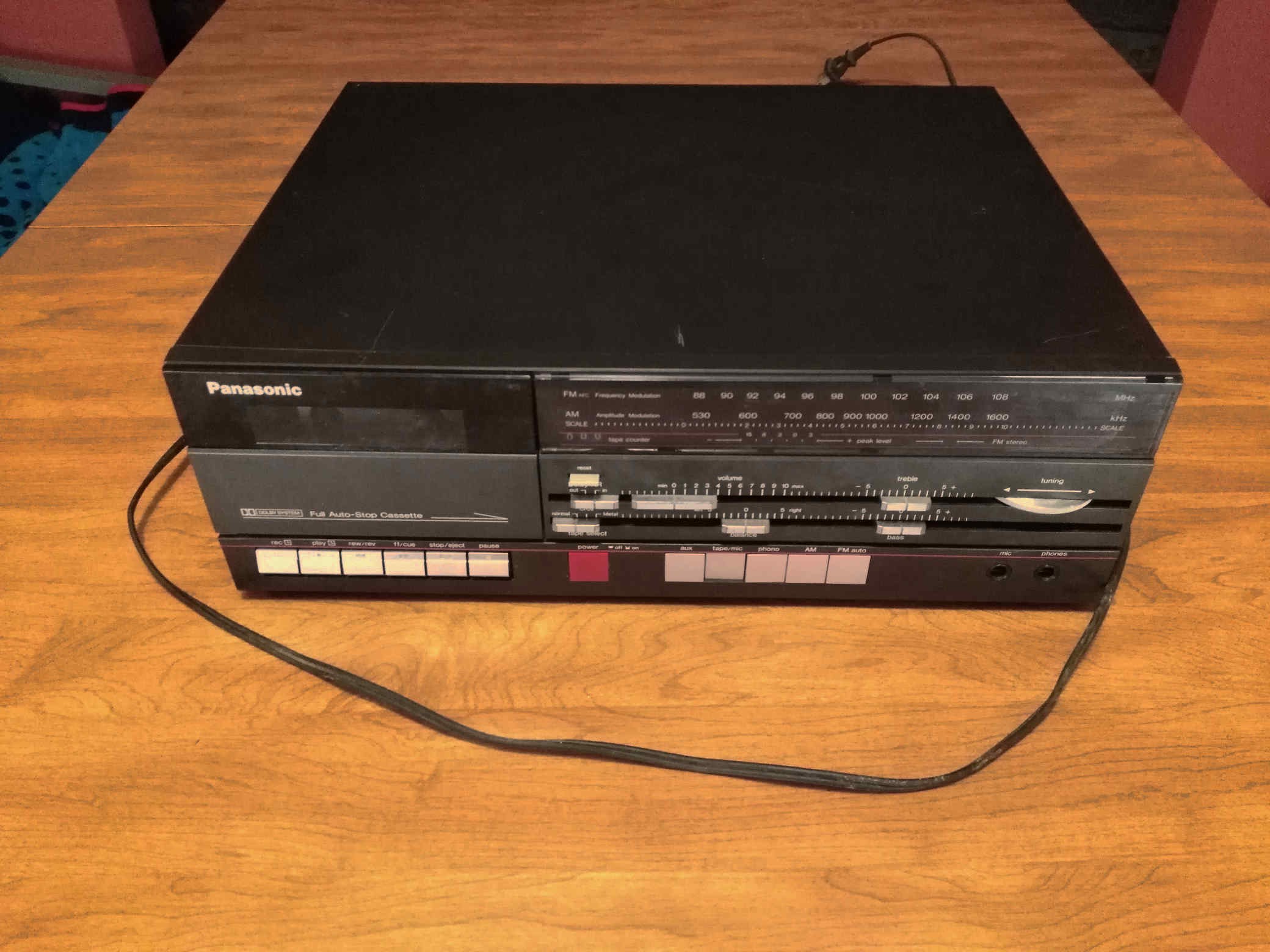 At first I didn’t realize the recorder had an external input. I began the hard way by taking the device apart and trying to understand the circuitry. After a long while of tracing leads with a flashlight and marker I decided it would be faster to understand the functionality of the device by experimenting with it. 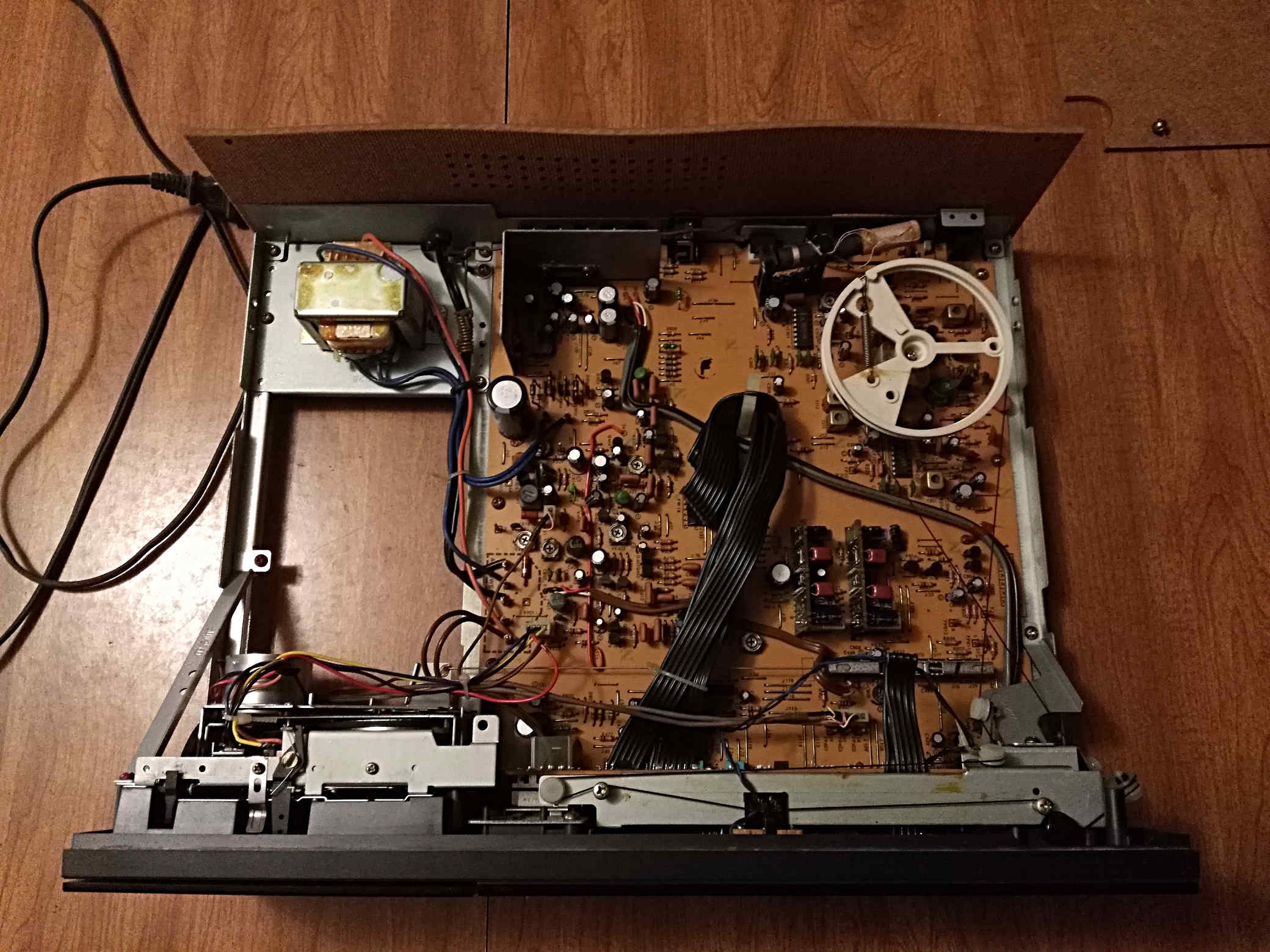 I first connected a small speaker to the back of the deck, popped a fresh cassette in, then switched on the radio and pressed record. To my disappointment the ribbon and wheels in the tape sat motionless. The unit was still open from my attempted circuit exploration so I decided to play around with the tape mechanism to see if it would budge. On a whim I nudged the flywheel on the back of the tape compartment (see green arrow below) which caused the assembly to “click” and start moving as it should. 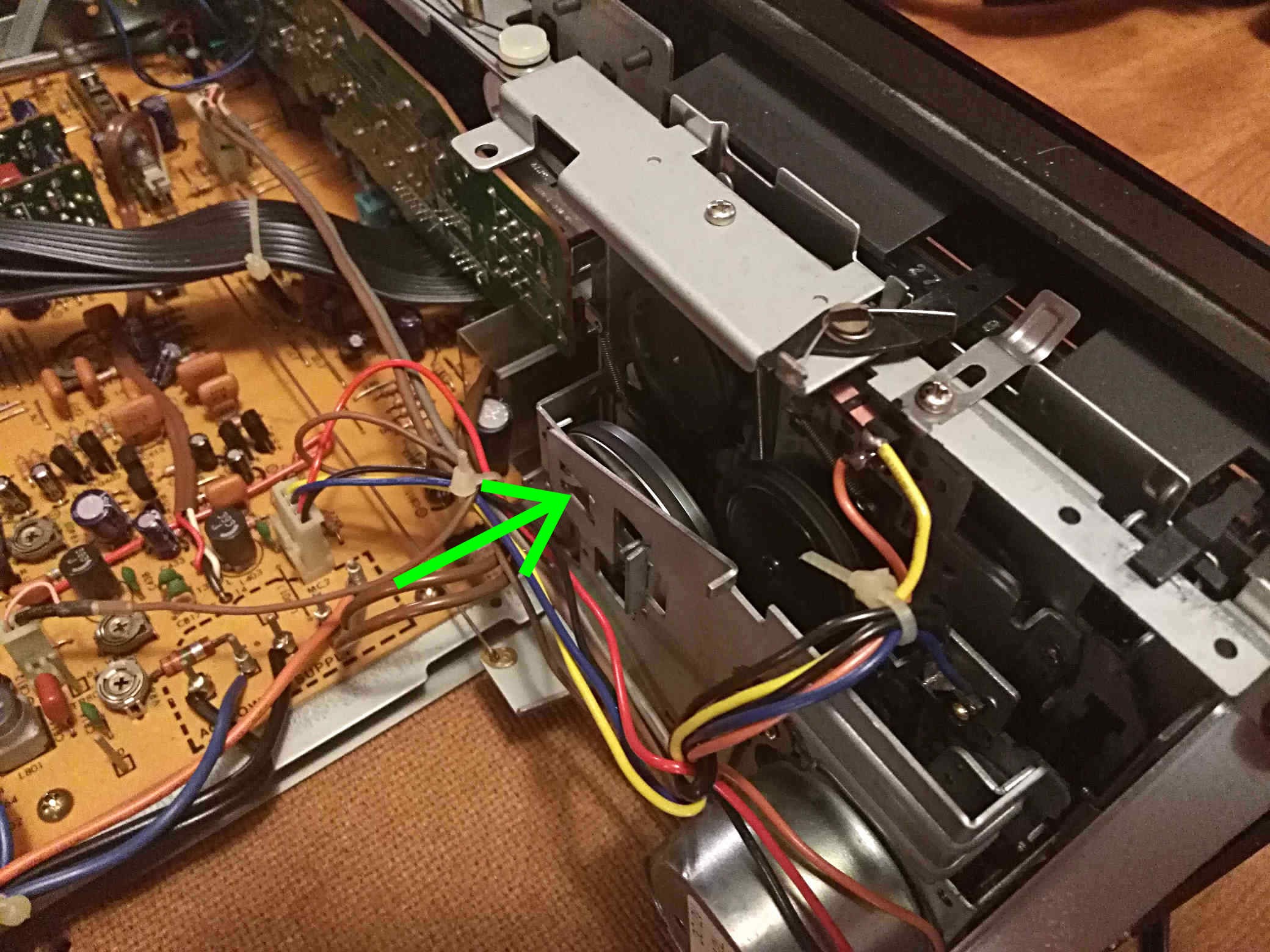 I started audacity on my laptop and played one of the recordings generated by the makefile mentioned in the previous log. To my delight the deck not only played the auxiliary input through the small speaker, but also recorded it to tape. 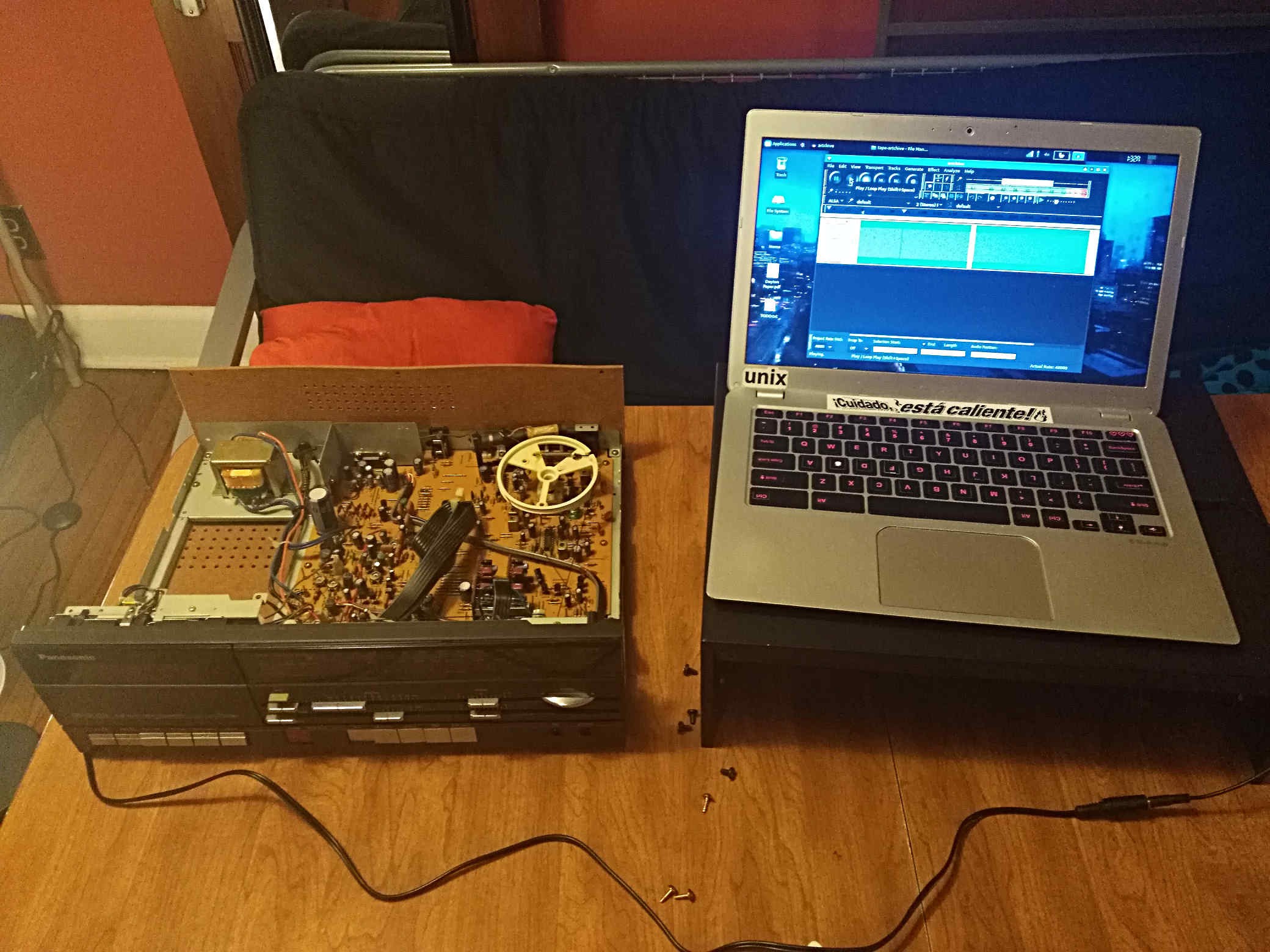 The joy of having a working recorder was negated by the almost non-responsive VU meter on the front of the deck. I tested the playback of the tape on my Walkman to find the levels to be extremely low and one channel to be louder than the other. The laptop I used for recording does a poor job at driving headphones very loudly which may explain the low volume issue.

I also noticed that pressing the “AUX” button on the front of the deck caused the VU meter to fluctuate between one bar and complete silence. I think this is caused by dirty contacts in the input selection switch and my also be the cause of the channel balance issue.

Admittedly this isn’t an ideal setup for recording any reliable tests. Next time I plan to clean the contacts of the “AUX” switch and try recording again with a USB sound card to see if I can get better results.