The end of the previous log stated I would be working on format comparisons this log, but that isn’t true. This log will be focused on the Sony TC-FX160 stereo cassette deck that I picked up at a thrift shop today. 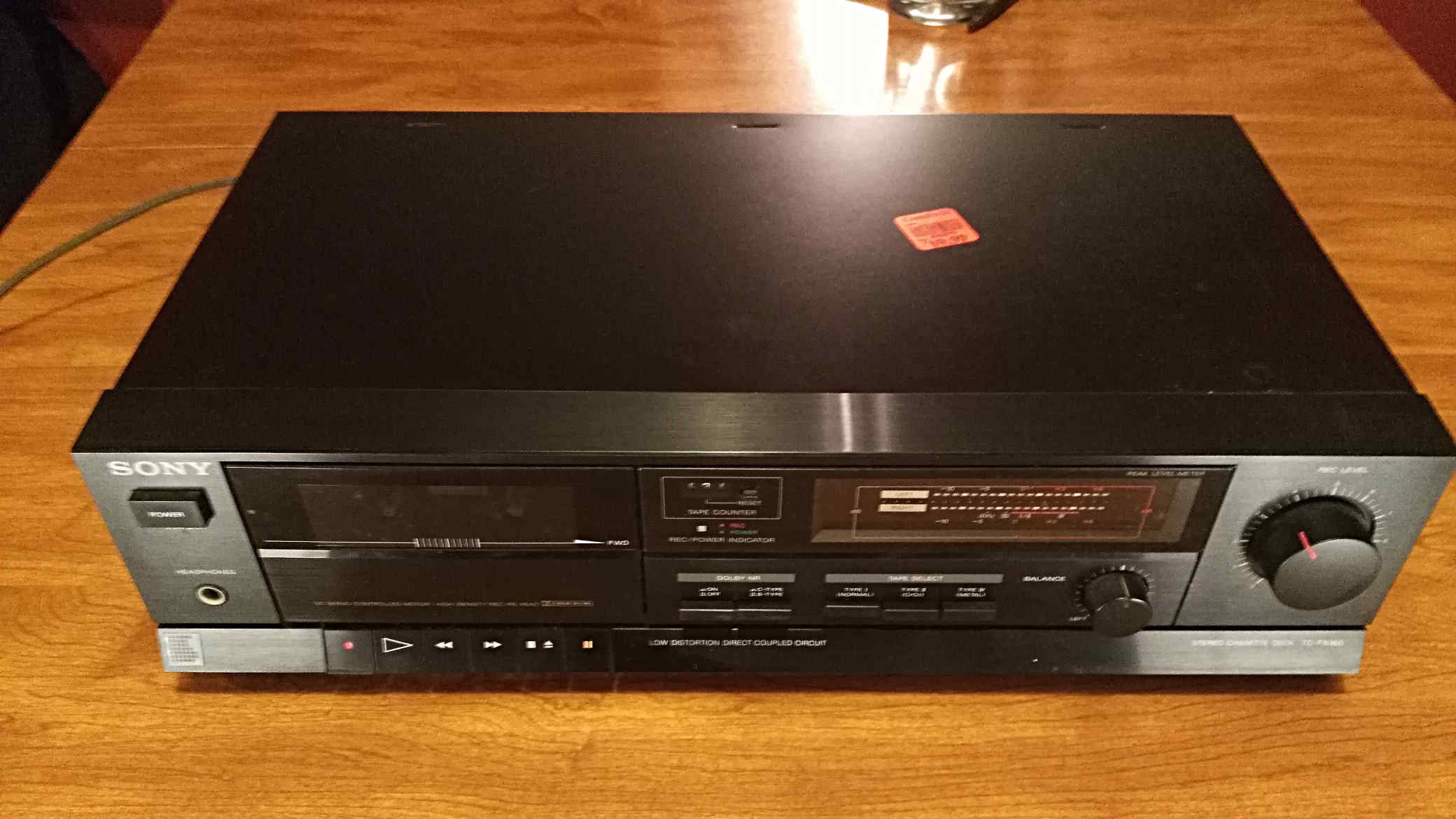 This deck appears newer than the Panasonic deck from my previous logs. The Sony deck is a single-purpose device where the Panasonic was a radio, phono preamp, and amplifier. I plan to use the better deck for recording and put the runner-up aside for a future project.

As I expected from a thrift shop find, the Sony deck didn’t work. I tried playing a tape, but nothing in the player moved. I did hear a motor start when I pressed play, so I took the unit apart to look at the belts. 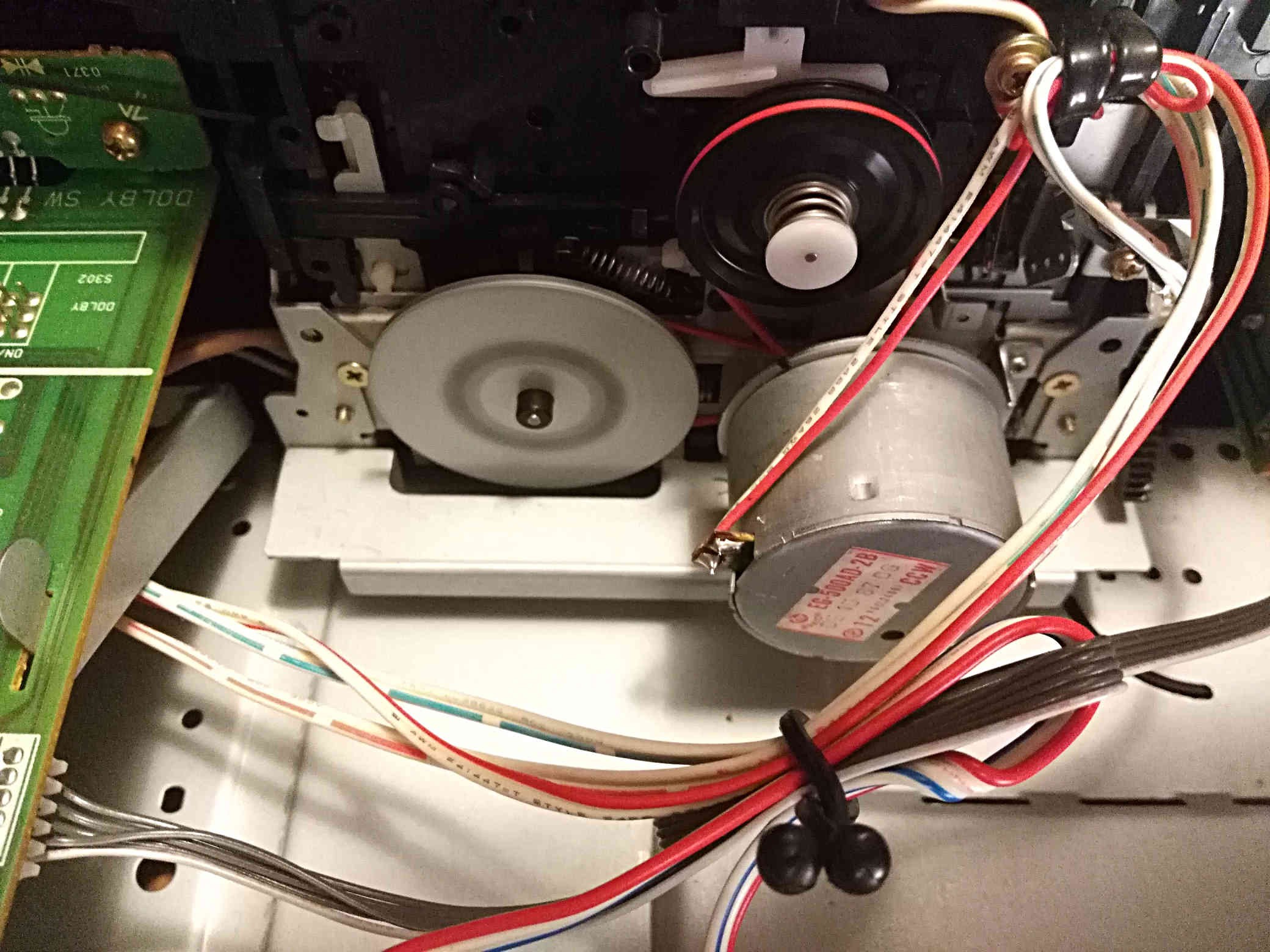 At first it looked like the belts were broken, but when I tried to remove them I got a surprise; they had gone so soft the texture was like uncured silicone. The belts disintegrated as I tried to remove it from the pulleys. I had to scrape for a little while to get most of the goop cleaned out.

I googled around a bit and found that rubber bands or string can be used as replacement belts. I didn’t know how to install the bands as belts on this particular model because the old belts were completely gone. I couldn’t find a service manual for this model, so I had to use the remnants of the old belts as a guide to place the rubber bands. 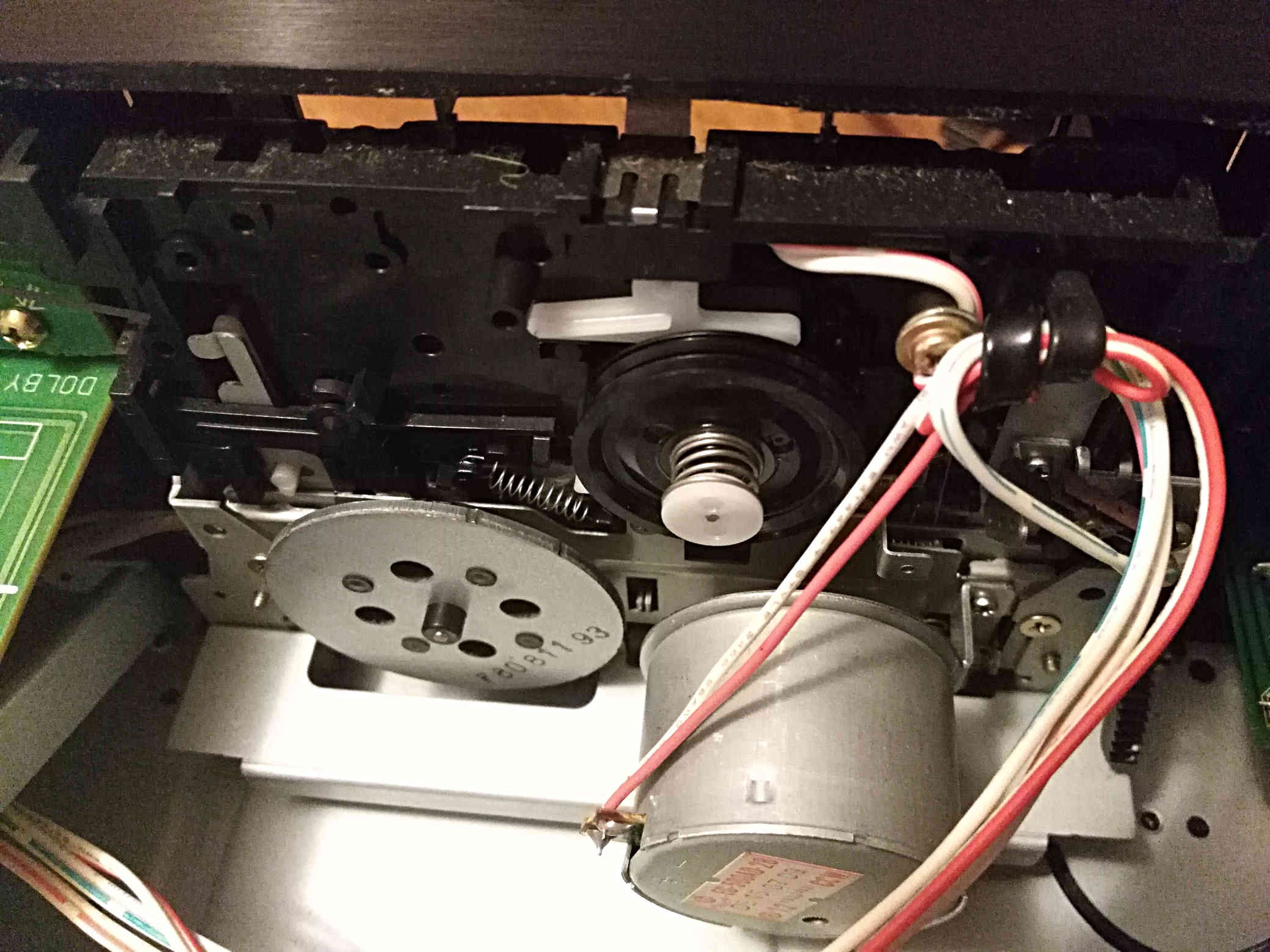 This seemed to work. The Sony deck will now play and rewind, but will not fast forward. I think this is because the rubber band attaching the top pulley to the motor pulls the pulley so that it does not fully engage when the fast-forward button is pressed.

I decided to run the same test as I did on the Panasonic to approximate the frequency response of the Sony deck. The following is a screenshot of audacity showing the spectrograms of a 20kHz to 20Hz sweeps on the decks. 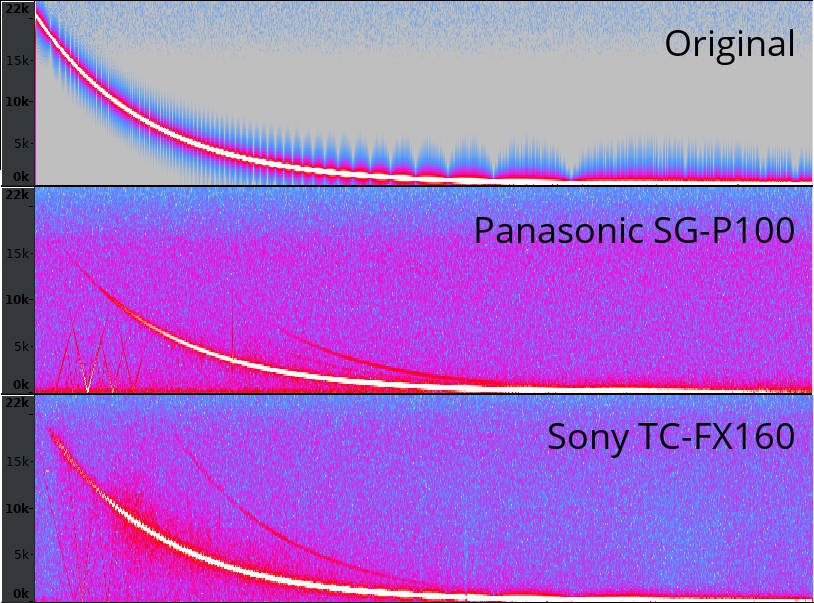 The Sony responds to higher frequencies than the Panasonic. The Sony also sounds better and has much less noise. I’ll be using the Sony deck to record the tape tests and the final tape (unless I see something really good out in the wild).