Last night I got the Sony deck working again by replacing the missing belts with rubber bands. This seemed to work, but introduced a lot of flutter, and put tension on the pulleys. This made me unhappy so I went in search of a better solution. I scoured Hifi Engine for a service manual, but I didn’t find an exact match. I did find a few units similar in appearance; notably the TC-FX110. The exploded view of the cassette mechanism looked like the one in the TC-FX160: 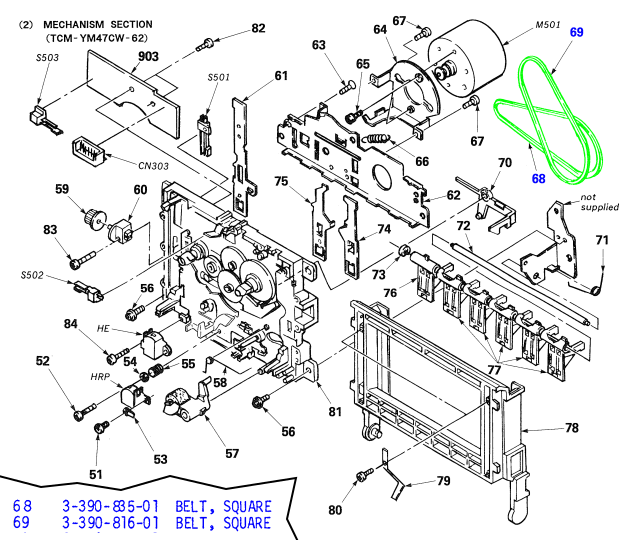 I goofed by guessing the belt placement in the previous log. The exploded view shows the correct placement of the belts and also shows part numbers for the belts (3-390-855-01, 3-390-816-01). I googled around a bit for replacements, but decided to try out a different rubber band approach.

I split a large folder band into two almost square strips that looked about the same size as the original. I wrapped the band around each set of pulleys and cut the two belts from it. I joined these belts at the edges with superglue and marked each with a different color to mark where they went. 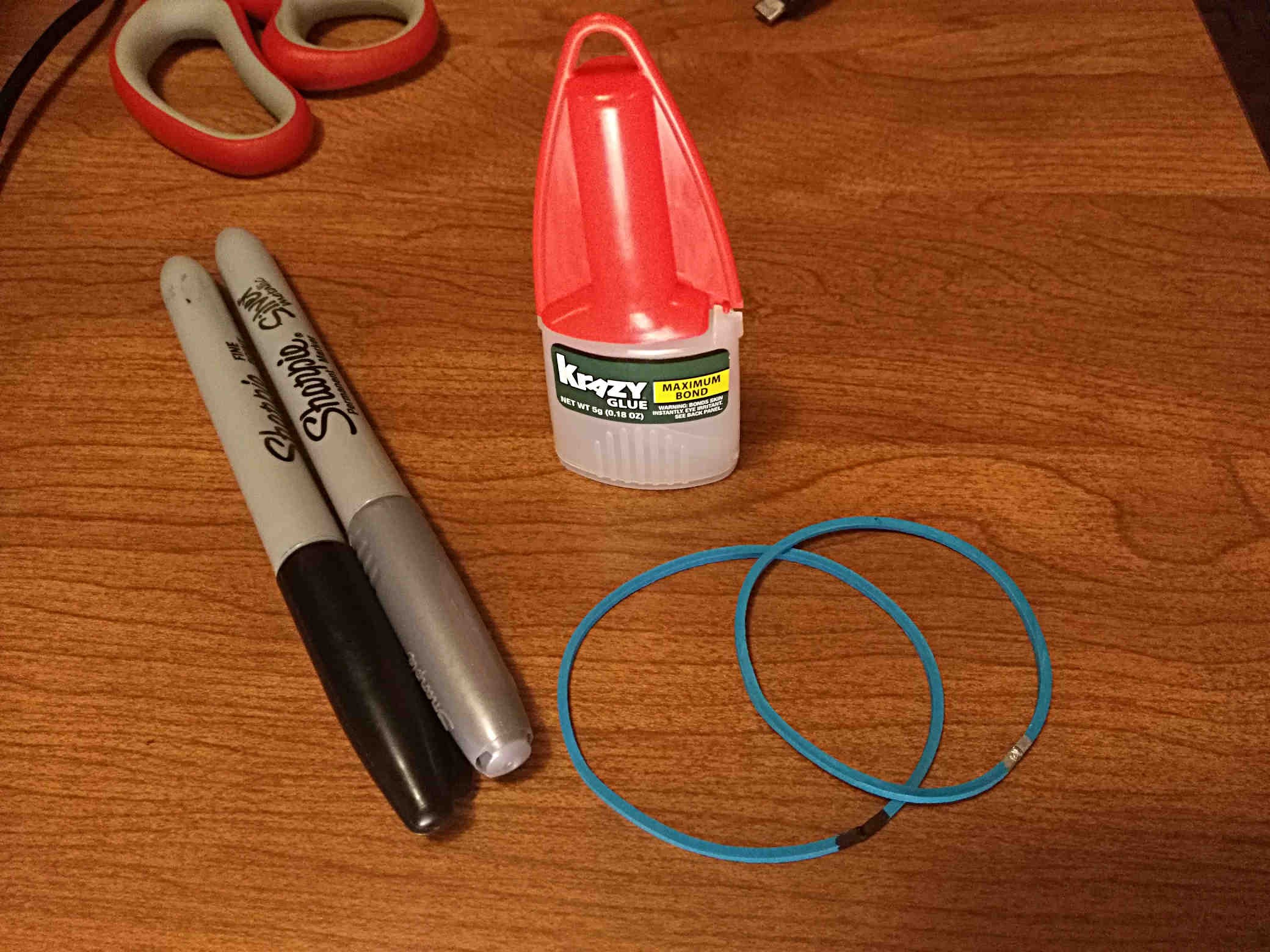 I installed the bands according to the exploded view. The belts were much easier to install this time around. 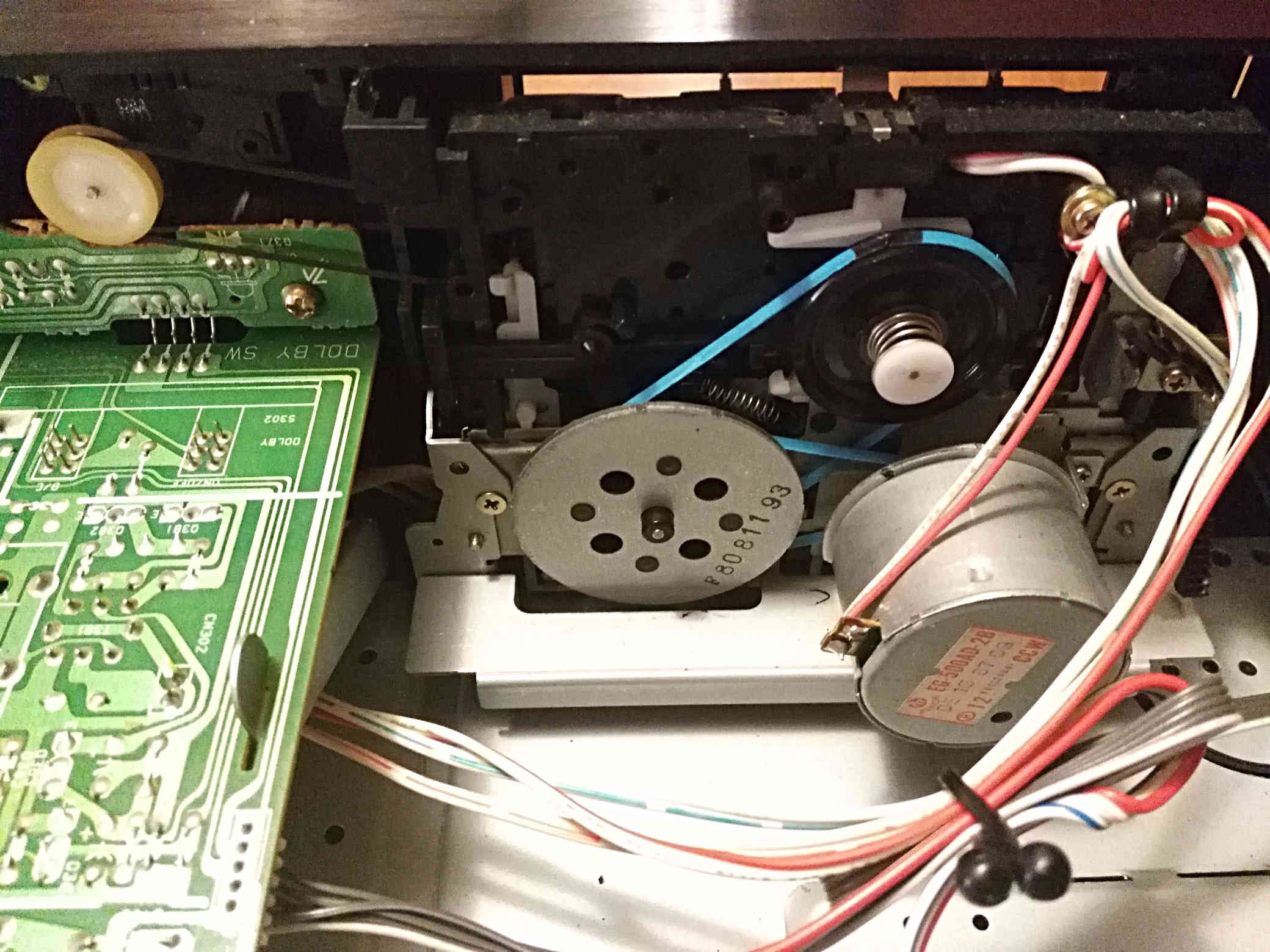 The new “belts” made the problem worse. Flutter was now very obvious on the tape I tested with. Not all was bad, though; fast-forward was no longer broken. I think this arrangement of the belts is correct, but the elasticity of the rubber bands causes the flywheel to fluctuate in speed.

I tried replacing the rubber bands with thread tied onto the pulleys. This looked promising with no tape in, but the tread slipped under load. 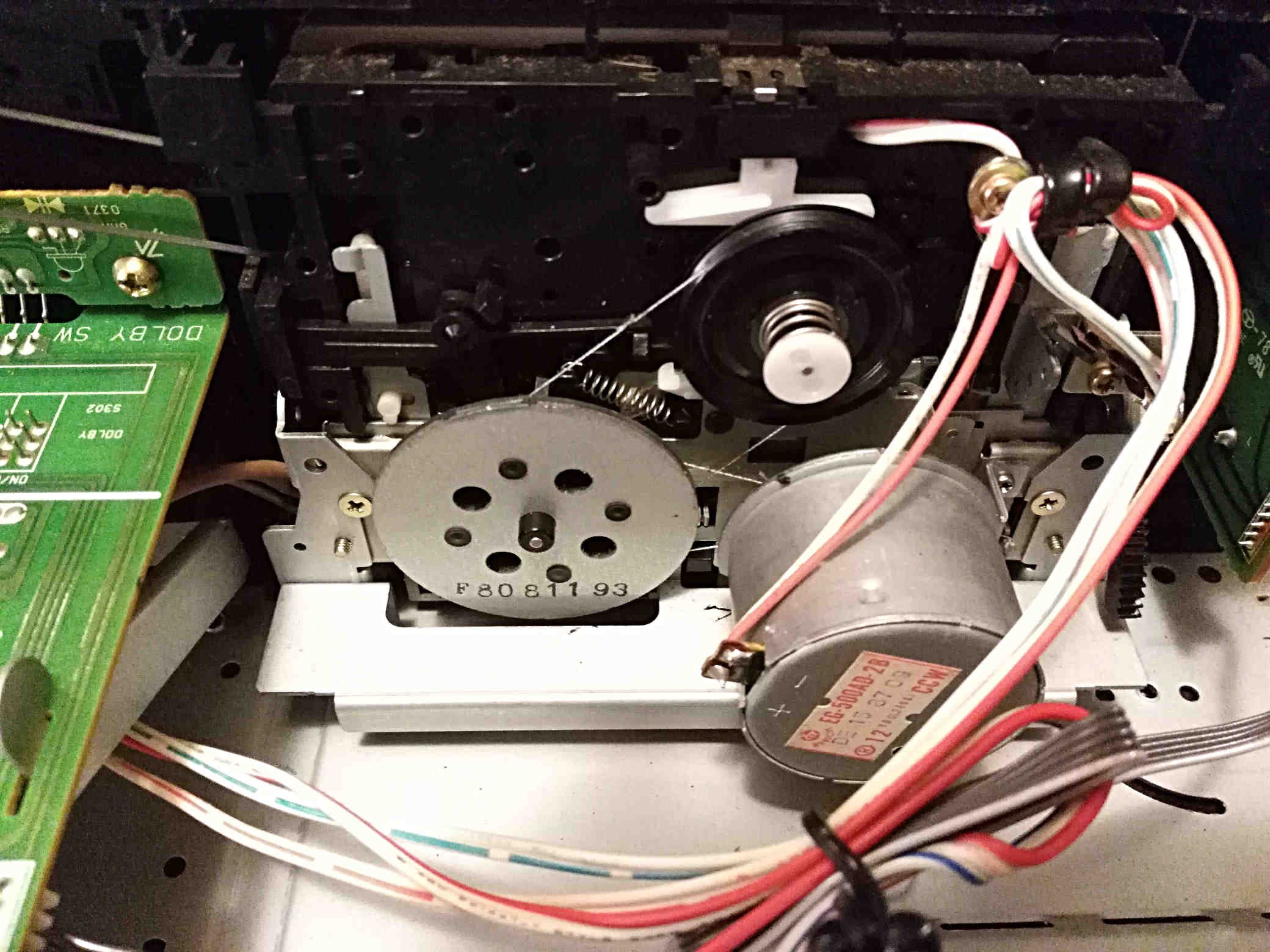 Not wanting to give up I went to Wal-Mart to look for potential belt materials. I found a product called “Princess Elastic Cord”. 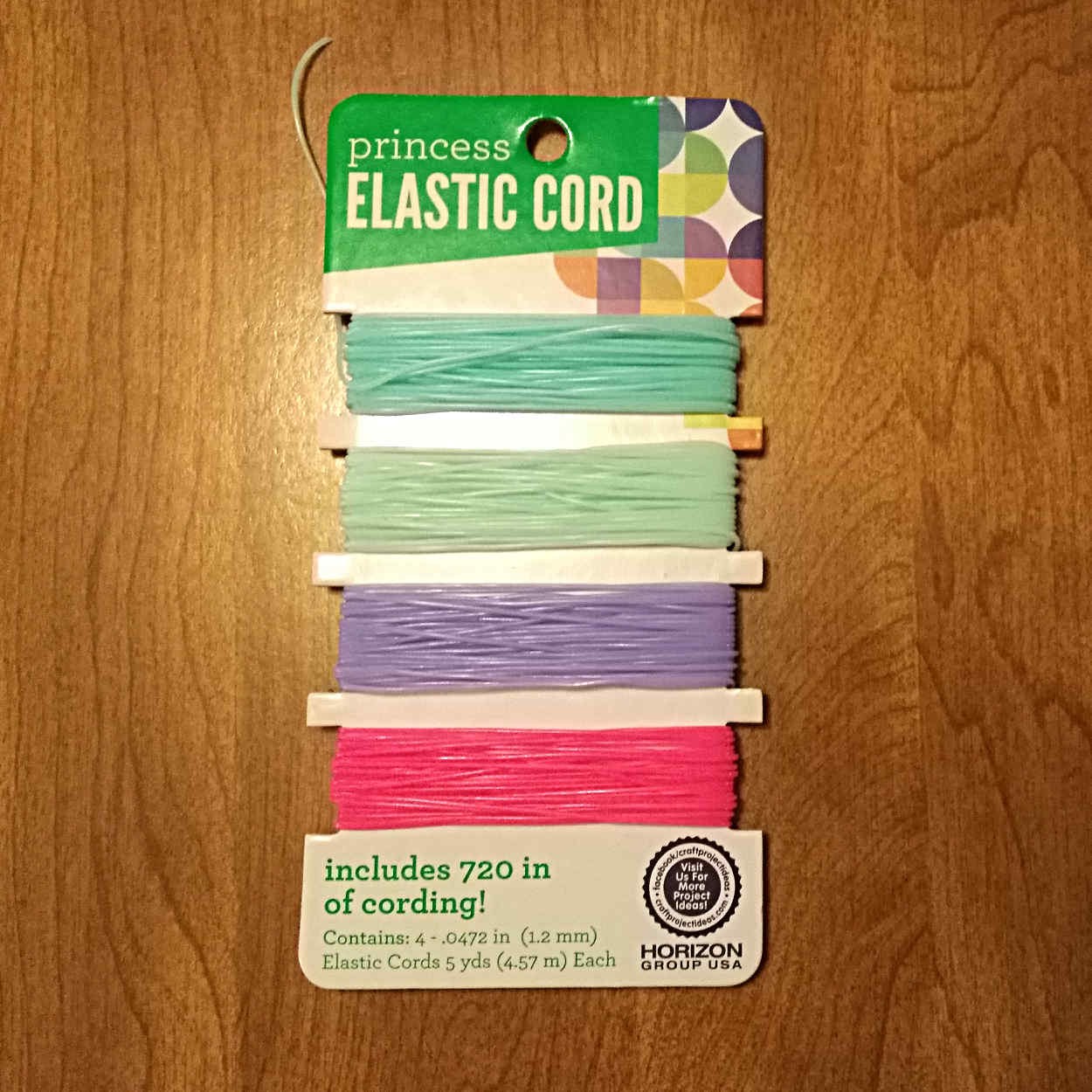 This is a cord made of a rubber-like material, but seems less elastic than rubber bands. I used the rubber band belts as a guide to cut belts from the elastic cord. 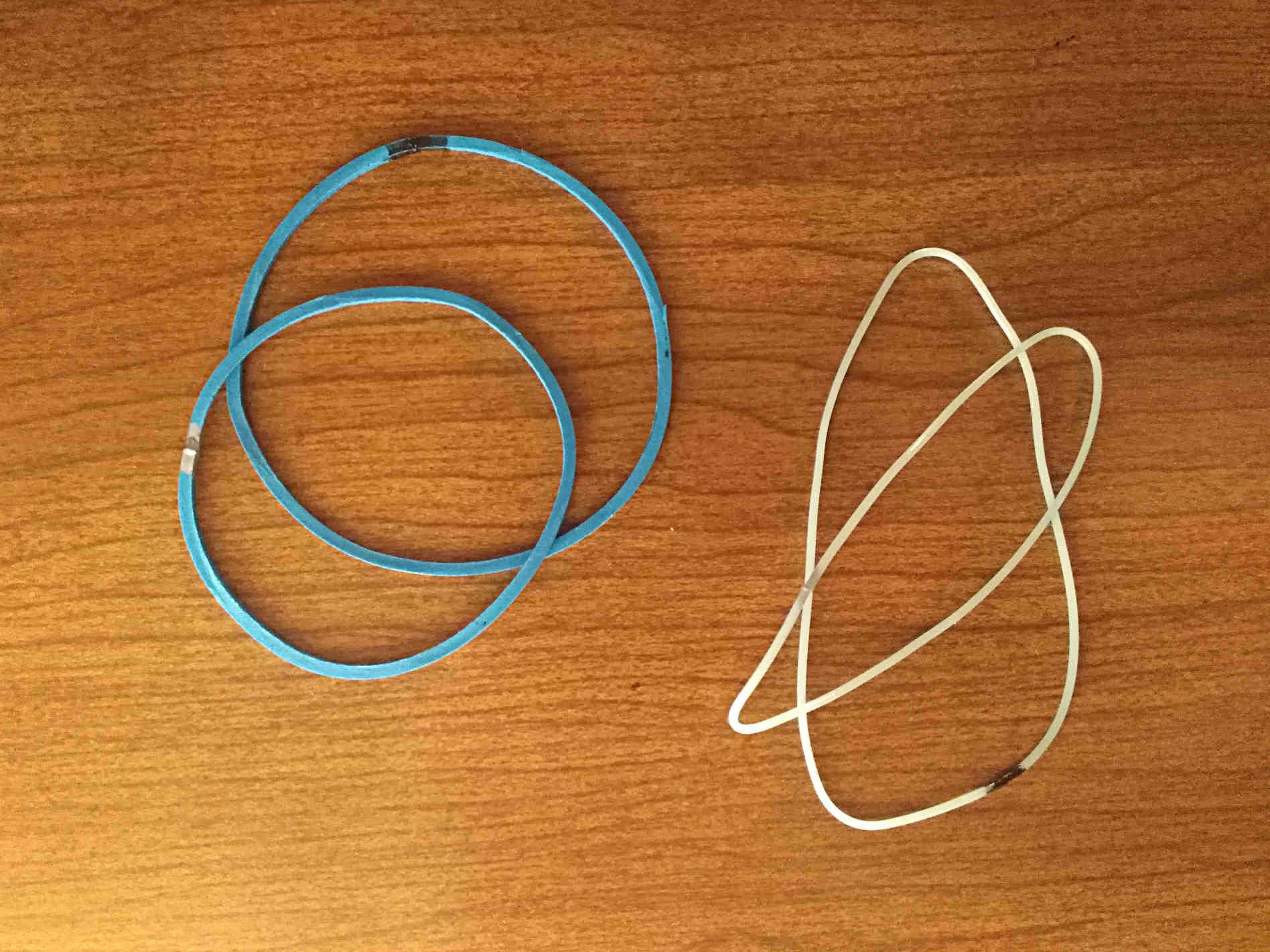 I installed the belts and played the test tape. The flutter was very reduced – but still there. The belt driving the capstan was a little loose, so I removed a couple centimeters and tried again. 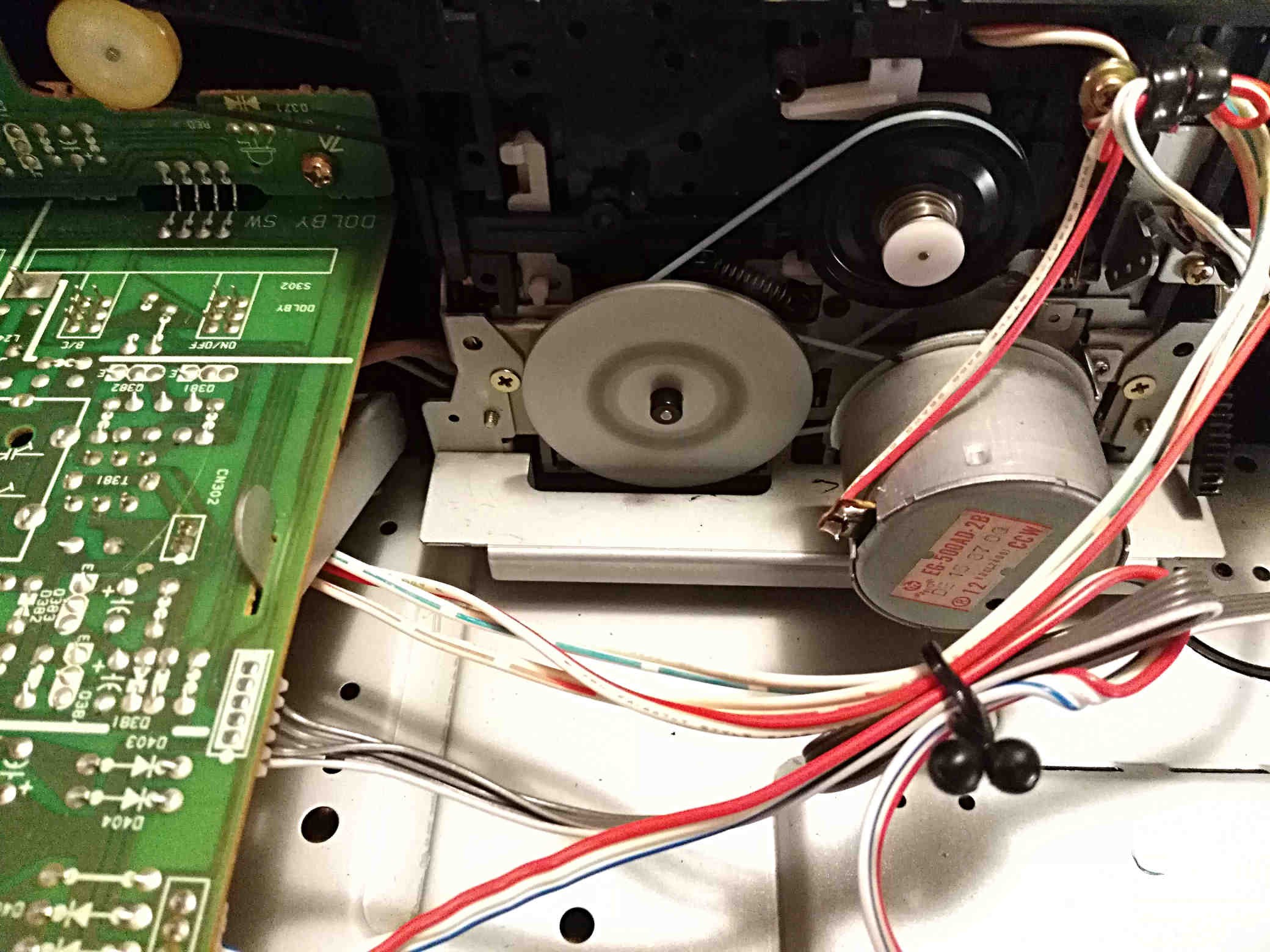 This was not it. The recording I used for testing fooled me into thinking there was very little flutter. I have since tried a different recording and found the elastic belts to be very poor. The next log has more details about this realization.