This project is an experiment in signal fidelity using cassette tapes as a medium as well as a test of the robustness of SSTV signals against the artifacts of tape. This end product is a gift for a close artist friend of mine who is enamored with the magic of tape.

I’m going to start at decoding rather than encoding because I do not yet have a cassette recorder. The decoding setup will be a portable cassette player connected to an Android smartphone with a custom adapter. I’m going be testing the created tapes with an app called Robot36. This is a free app that decodes a variety of common SSTV formats and has a simple interface.

Before I can start to play with formats I need to create a little hardware for use with my phone. Robot36 (and many other SSTV viewers) work by decoding an audio signal. Most modern smartphones (new iPhones excluded) have a TRRS jack that hosts stereo output as well as a microphone input that can be used to receive an SSTV signal. This input can’t be used for line-level input directly, so a simple adapter circuit will be built to attenuate the incoming line-level to mic-level.

Now there’s the problem of level conversion. A resistor on the line-input side of the switch completes a voltage divider (L pad) with the resistor across the ring and sleeve. This divider drops the signal from line-level to mic-level by attenuating the signal -40dBV (0.01 times). Note: -40dB seems to be common for commercial line-level to mic-level converters so that’s what I’m going with. Knowing the ratio of input and output voltage, the resistor values can be calculated. R1 is the resistor across ring and sleeve; R2 is the resistor from line-in to the selector switch. R1 can be fixed at 2kΩ for convenience making R2 about 200kΩ. Below is a schematic of the complete adapter circuit. 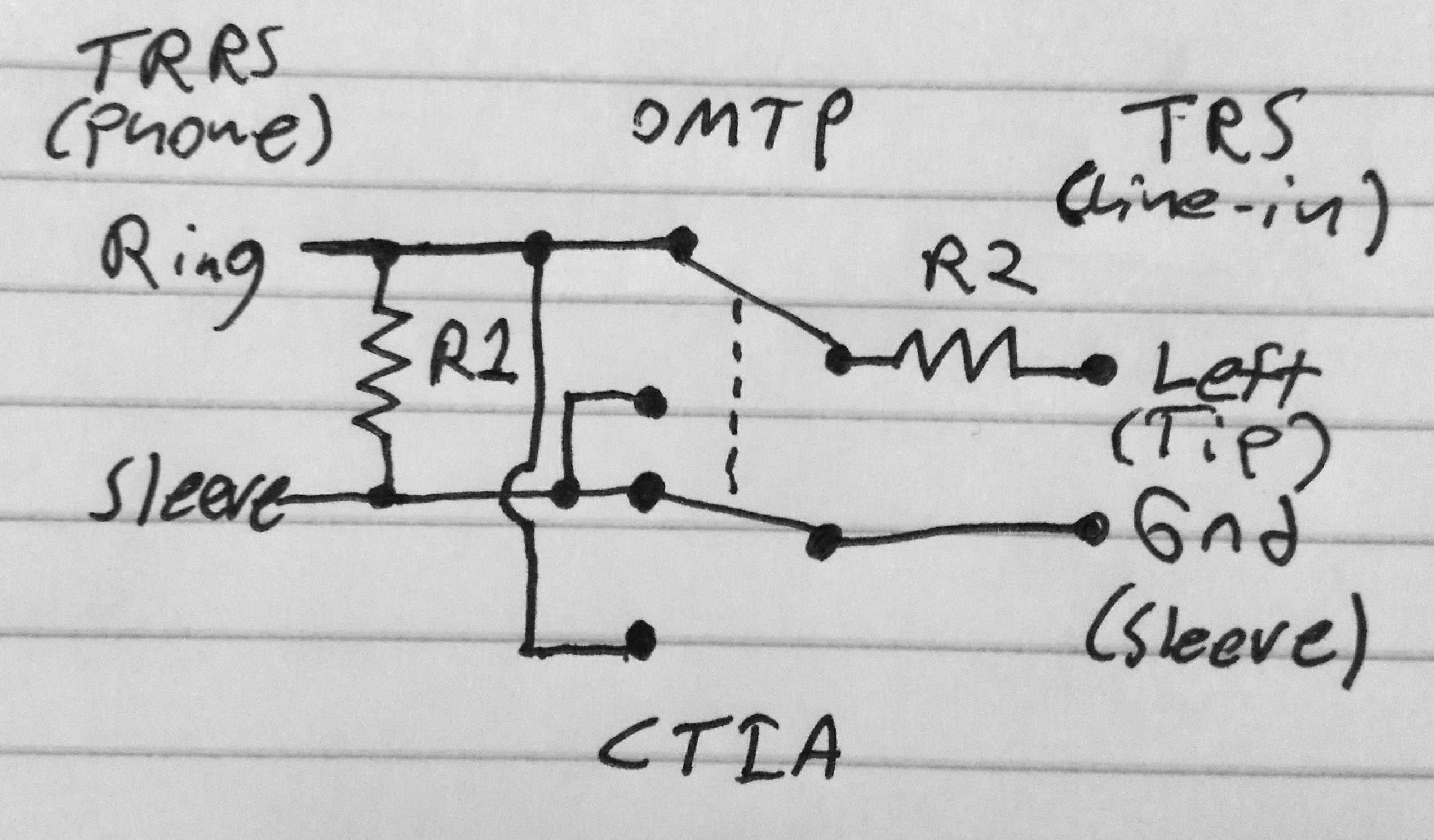 Once I acquire a couple of 3.5mm connectors and a switch I will be able to build and test this adapter out.

Edit: My original calculations used dB where they should have used dBV. I have since corrected the value of R2 from 20MΩ to 200kΩ.