Today I added some core features to the PTR firmware. I made a more complete driver for the MT8870 DTMF decoder module that only accepts messages that start with * and end with #. I added a couple of other features like a character timeout and bad message rejection to simplify other parts of the firmware that handle the DTMF input. I also started a basic driver for the SainSmart 4-channel 5V relay module; that I added to control small AC loads. This driver is dead simple; it abstracts the inverted logic of the module to make higher level code simpler. 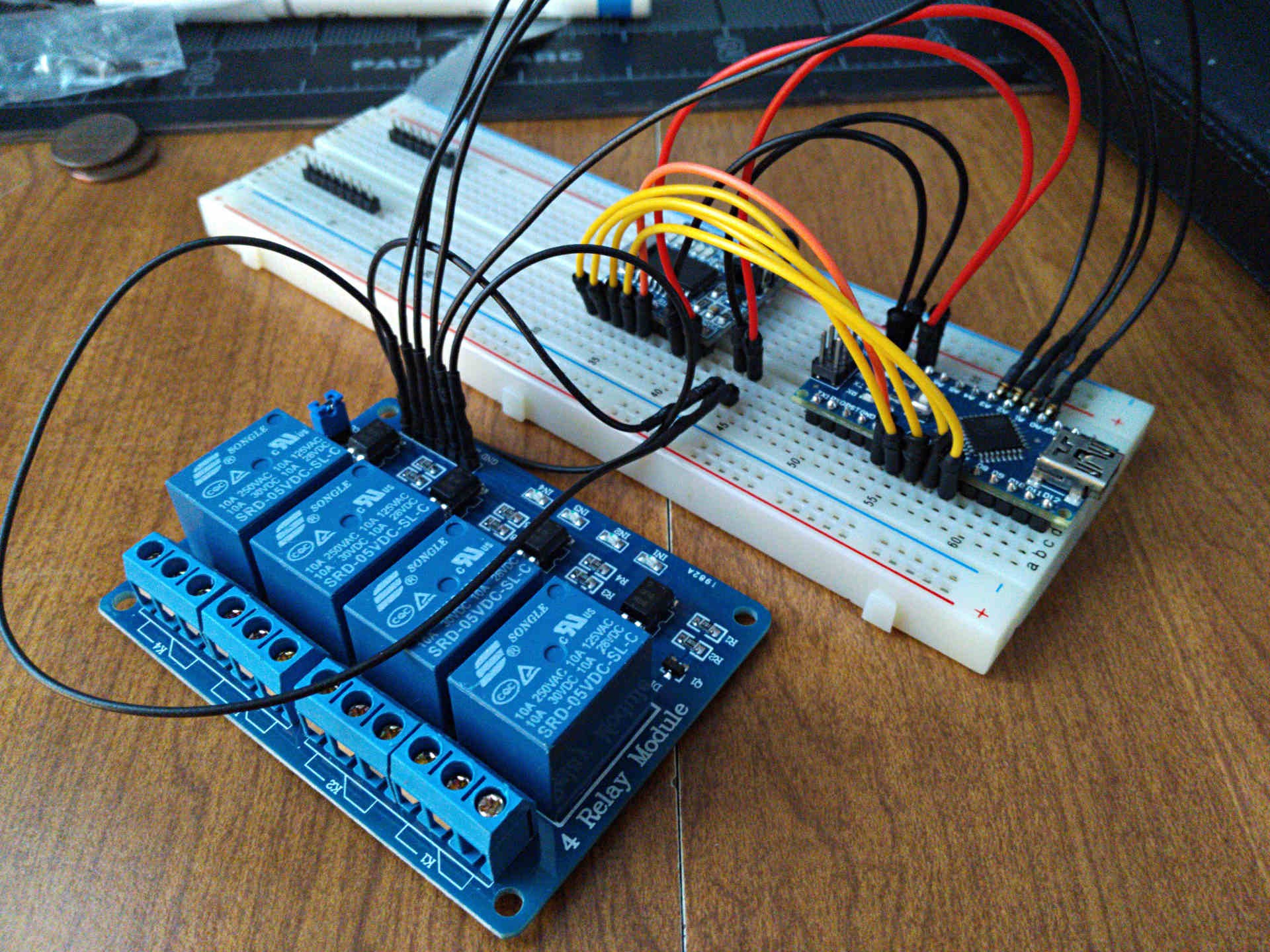 The biggest feature I added was command processing. The current firmware is capable of fully controlling the relay module via the DTMF command protocol described in an earlier log. Command processing is fully functional, but the firmware still lacks many base features. Right now settings like node number, reboot duration, and call duration are hard coded. In the future these settings and others will be set by a computer via USB serial interface. The current firmware also lacks any sort of persistence of state to EEPROM. Port state needs to be stored and restored at startup so correct operation can be restored in the case of a power fault.

I’ll be working on the mentioned features and more this coming week. I’m also planning to experiment with real radios instead of simulating a radio link with my phone. Using real radios means I can also start work on the interface to send audio from node to controller. There is much to be done.